It’s taken a while to track down the designer of this coat.. 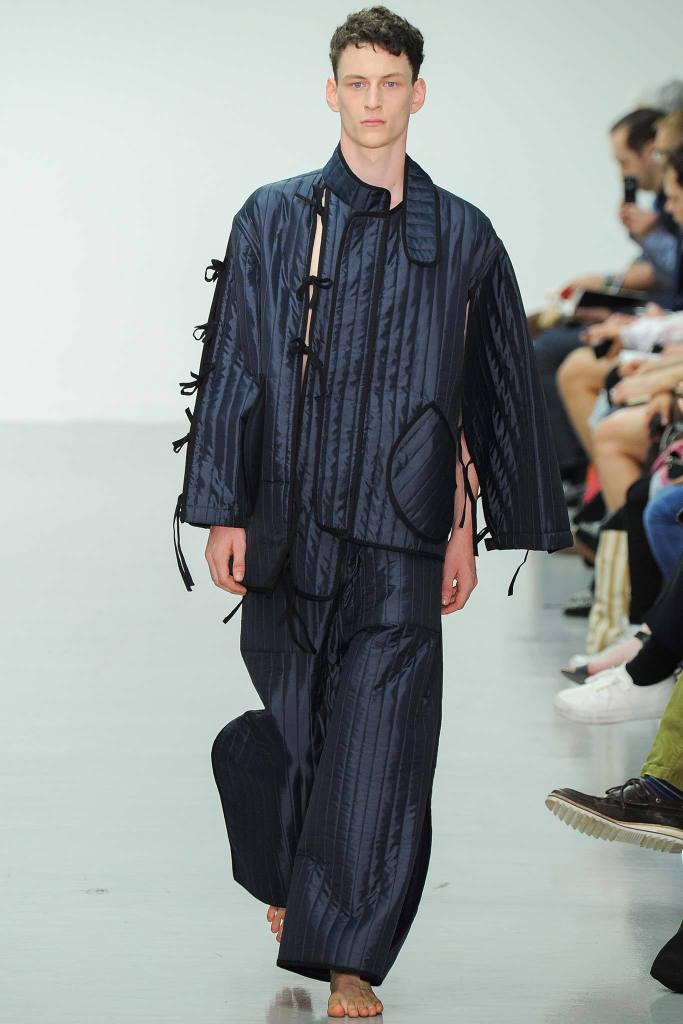 Not surprising: It’s from an SS15 menswear collection…and is a rather nice – rare? example of an element of power women have in fashion…we have the most choice clothes-wise, nothing is forbidden or taboo..and then, when a talented, new menswear designer does turn up…we snuffle him up as well.. 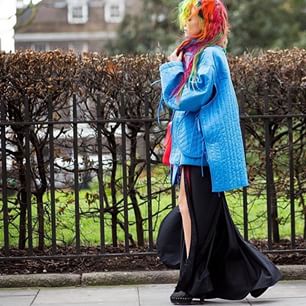 Wise women that we are… 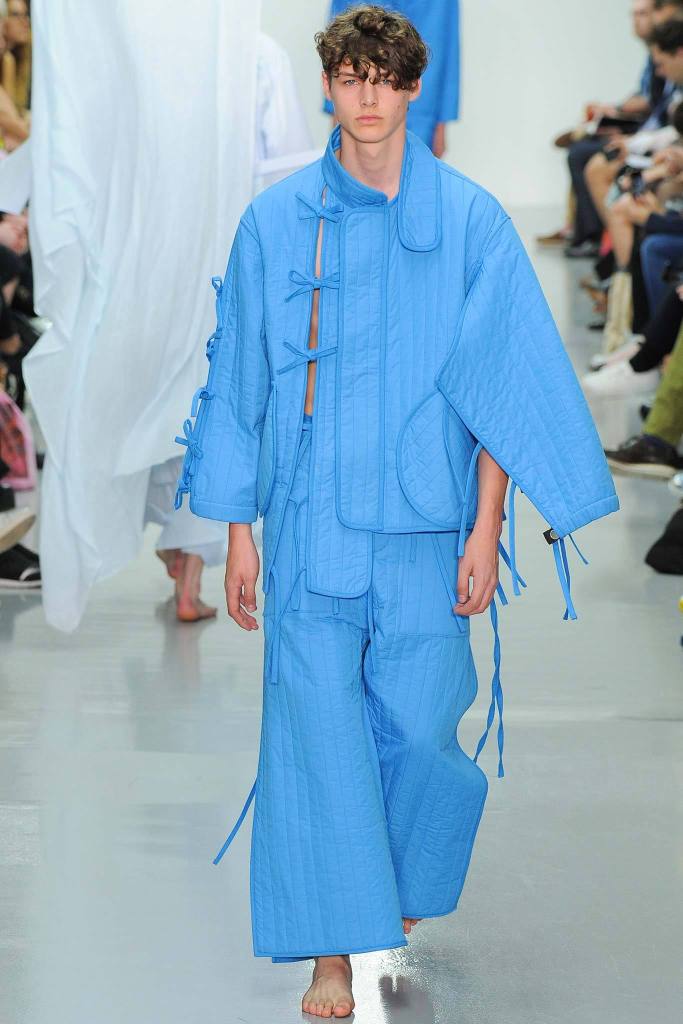 This is all the work of 27 year old Central Saint Martins graduate Craig Green who debuted his first solo runway show in London..where the unthinkable happened..tears and cheers from the notoriously fickle fashion pack..and women running after him waving their gold-plated credit cards..

It’s easy to see the appeal..his work conjures up such contradictions as mesonic and pagan, protective yet vulnerable..layers versus movement.. 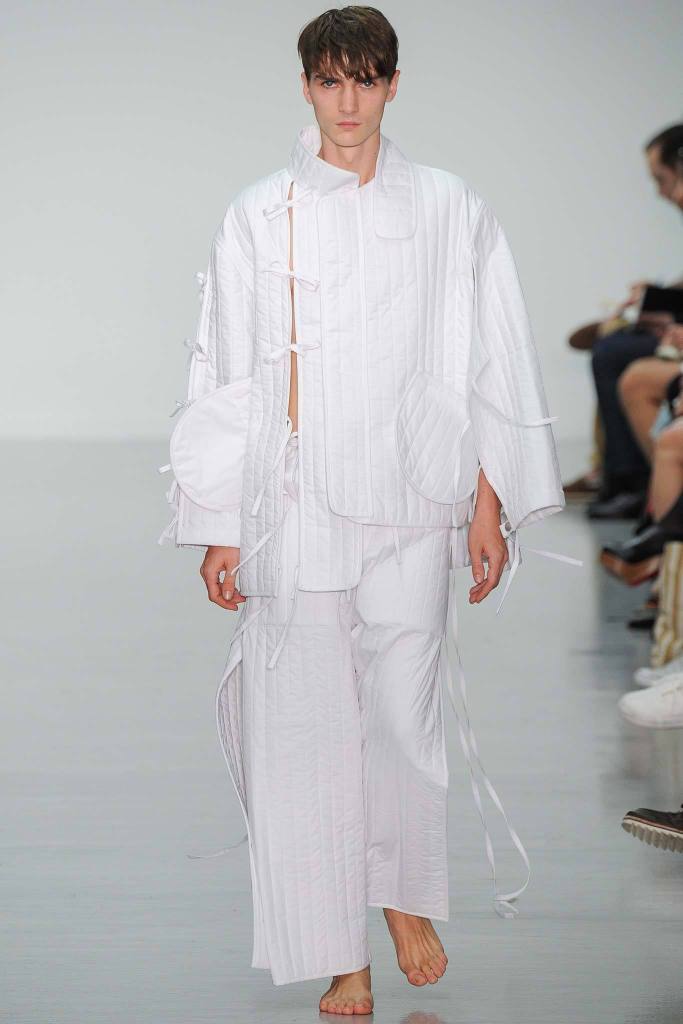 But I just like it when functional clothes are plundered – fencing uniforms, riding clothes, army uniforms..let’s face it, any uniform..and the fact that it’s padded.  I also revel in the joy that women know exactly what they like, and have no qualms stealing it as their own.. 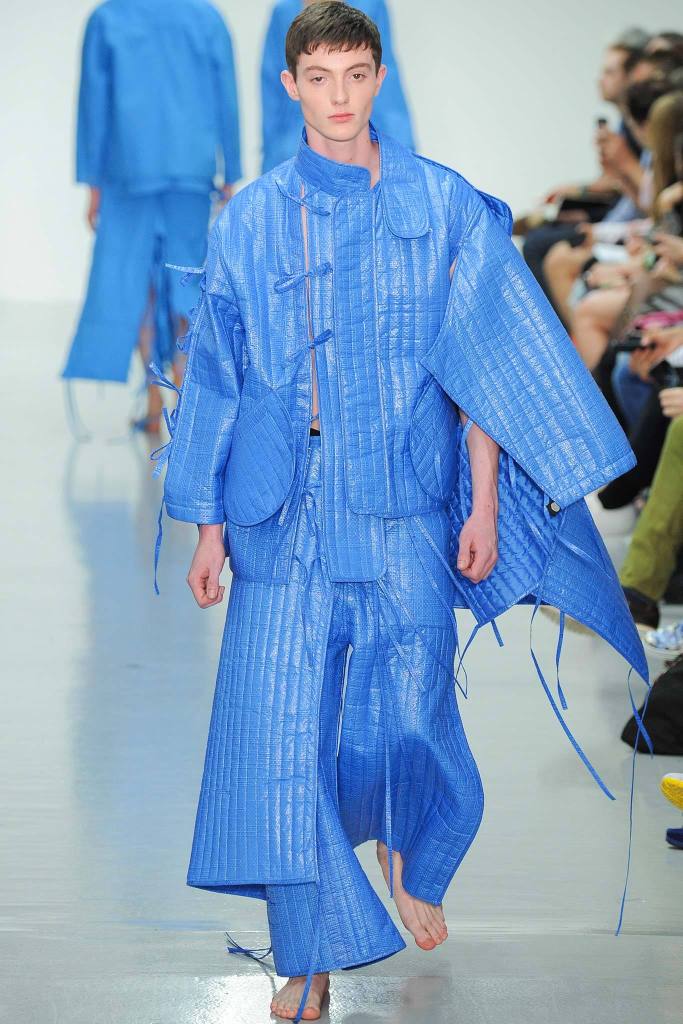 I just wish I had one… 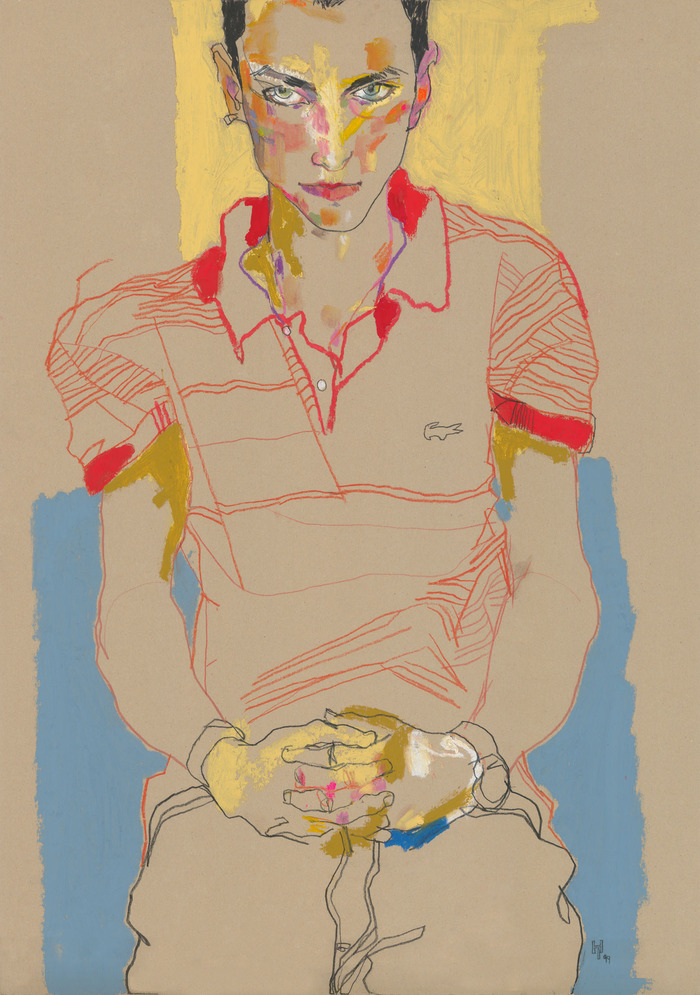 I had to post this.  Another illustration (I know. Couldn’t resist) of just what gems Kickstarter has to offer, but more – the chance to be part of a little bit of Art History.  Below are pictures from the life works of Howard Tangye, Senior Lecturer and Head of Womenswear Design at Central Saint Martins and teacher to the likes of Stella McCartney and Christopher Kane among many others.

Two of his former pupils who now run the Design Studio, Stinsenssqueeze are collaborating with Tangye to publish a book of his unseen works called ‘Within’ for the first time ever.  Why Kickstarter? Because they are not a publishing house and want the money to self-pubish. Why self-publish? Because they believe that this will produce a better quality result with control, heart and integrity…I am seduced.

Whilst outwardly his professional emphasis has been on his fashion teaching, behind the scenes Tangye has been prolifically working on his own style of illustration capturing the clothes and his sitters in a unique and evocative way…It’s the confident, curling lines..the colours, the freedom..the skill. 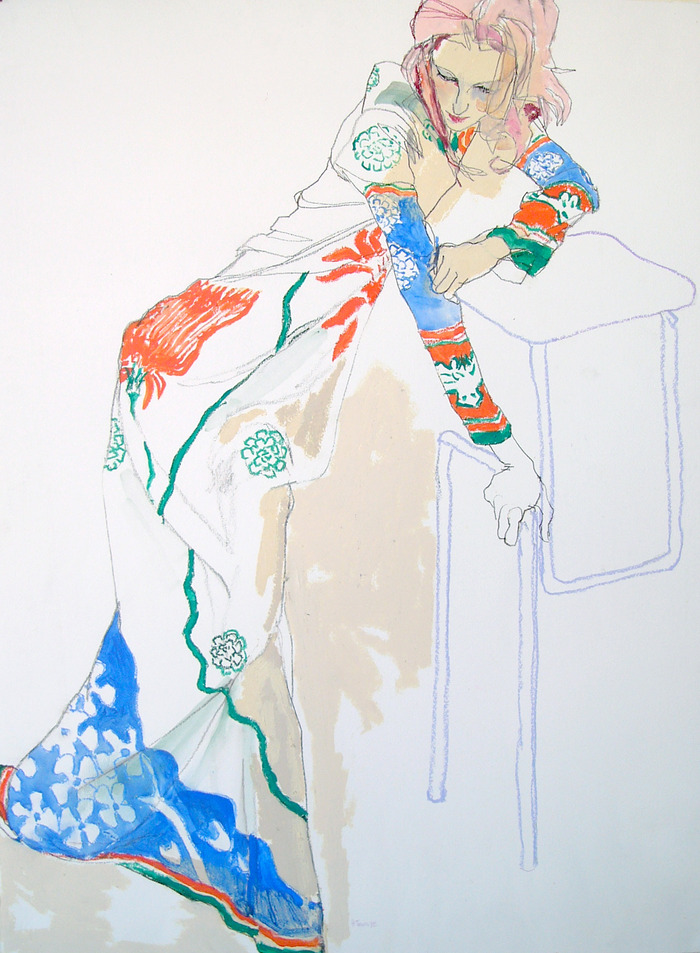 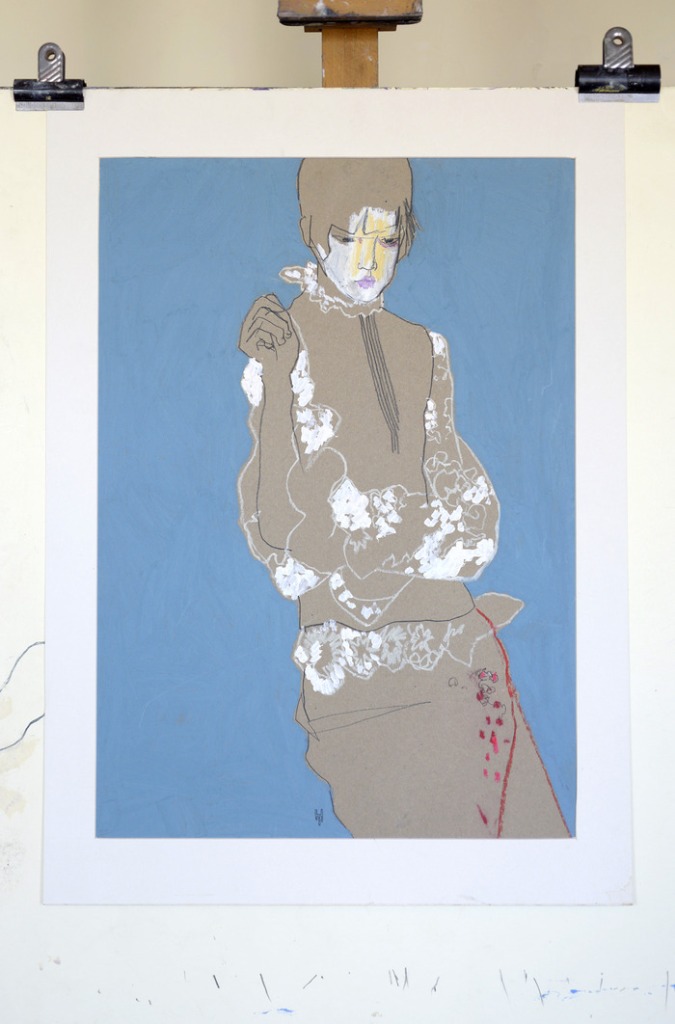 The blue against the beige with the highlights in white.. 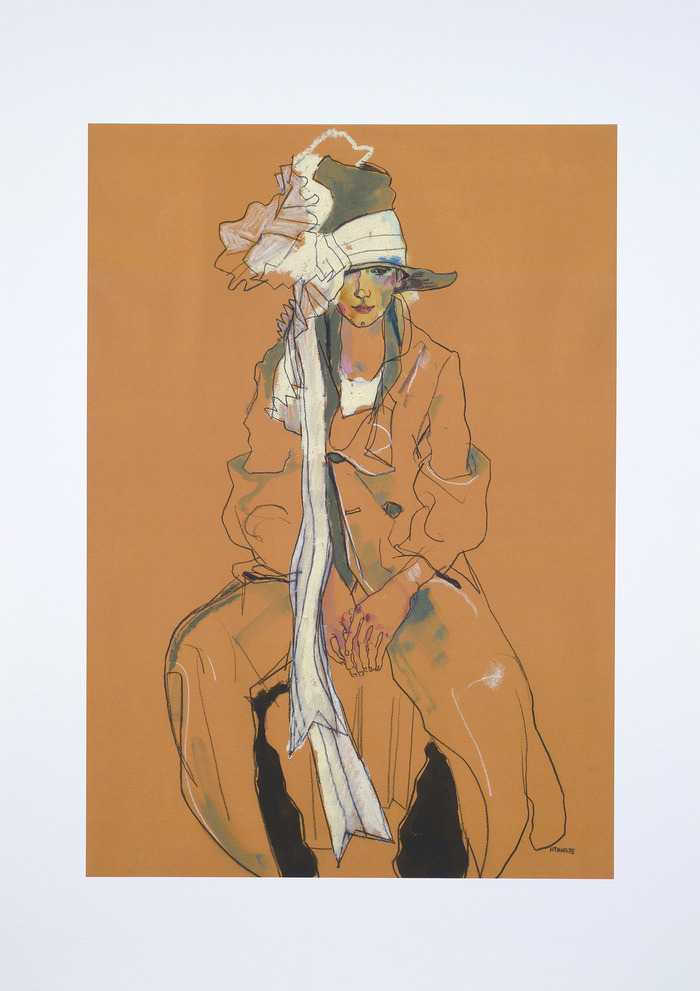 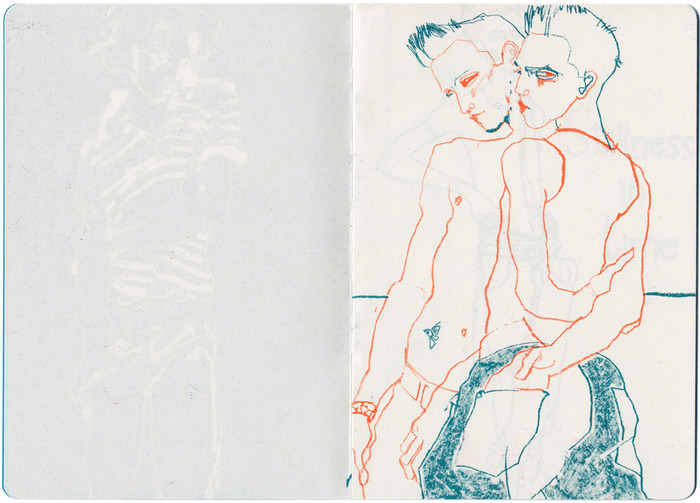 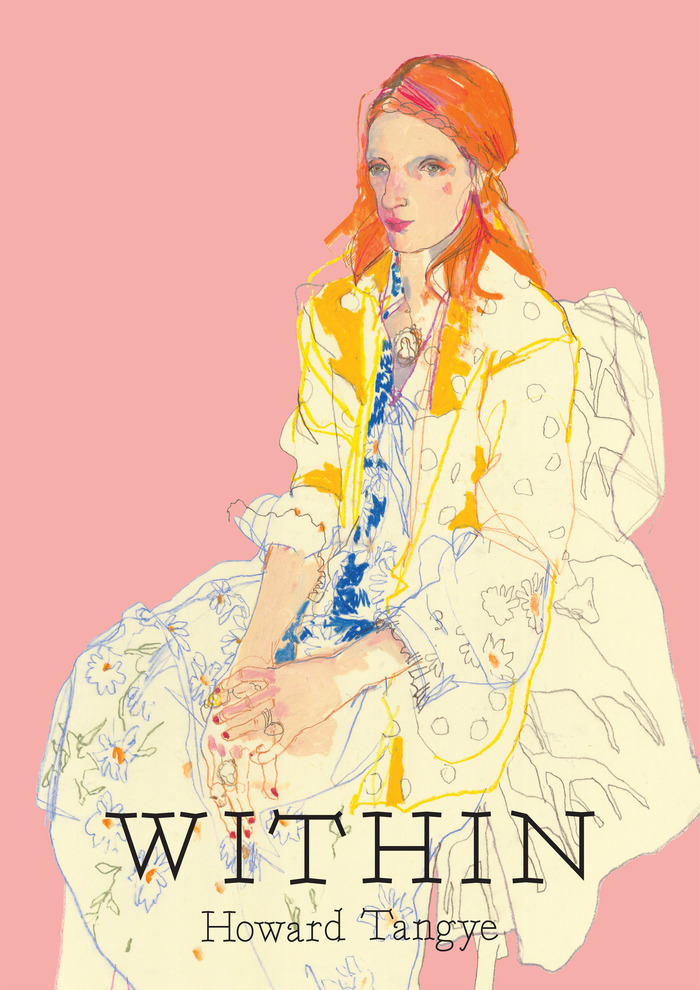 That pink. Sigh. Against the orange. Sublime.

The blue with the ochre.

The attention to detail: The colour of the page, chosen to perfection. I die. 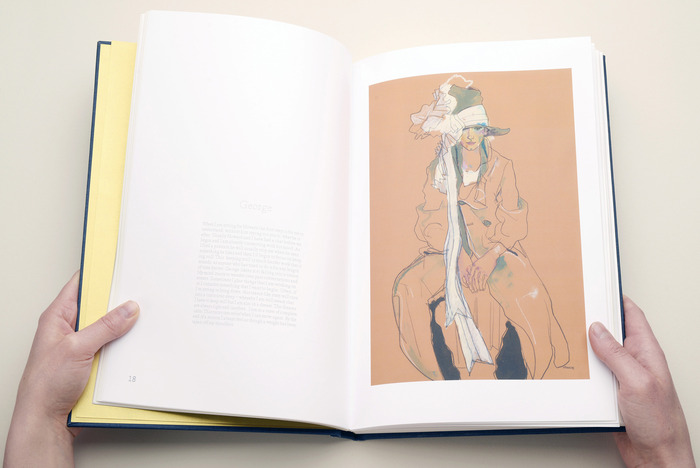 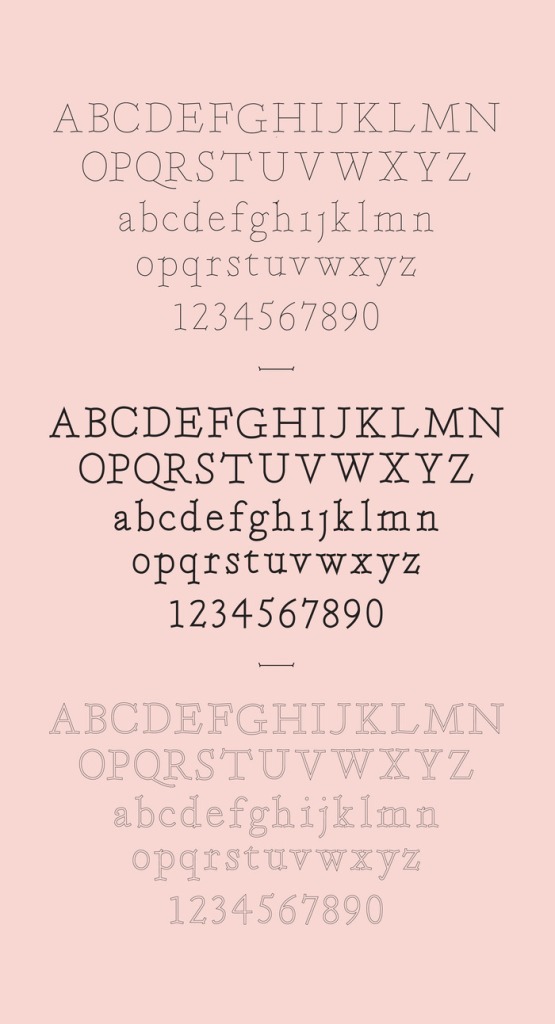 They’ve even specifically designed the typeface. Such taste and dedication.

I am in heaven.  So much so, I am now a backer  – and I will confess –  there were literal tears of joy in my eyes to be able to do so…So for £80 (as long as the target is hit other wise this project fails, which would be a tragedy) I will get a signed copy of the book book plus a ticket to a special lecture in September…who knows, maybe I’ll wear a little MasonBentley number..until then, my cup filleth over..