Has anyone else watched Good Trouble on BBC iplayer? Easy binge watching, like an ever replacing tube of paprika Pringles.  One of the main stories is following the trial of a black man shot by police. Prophetic when you think it was made in 2018.  But not so when you think how many times a shooting of a black man by police has happened. But it’s the interiors that have stolen my heart.  Set in an old movie theatre in the City of Angels – both elements a pleasant spin on the habitual backdrops of New York – the vibe is high ceilings, large spaces, gorgeous flaking period features, with the implication that taste is always more important than high spend, except this would obviously cost for those not in the know, except of course these people know, except they don’t, because it’s all so artful and effortless for them.  There’s one particular room – other than the library, the kitchen and the pool – to die for.  And that’s Malika’s bedroom – on the wall by the bed is black and gold geometric retro wallpaper, inspired by Art Deco, mixed with the swinging sixties and oozing the era of Biba and Barbara Hulanicki – and it’s singing a sweet song of ‘my time is coming again…’

In fact, Barbara Hulanicki has been designing in her signature style for Graham and Brown wallpaper. 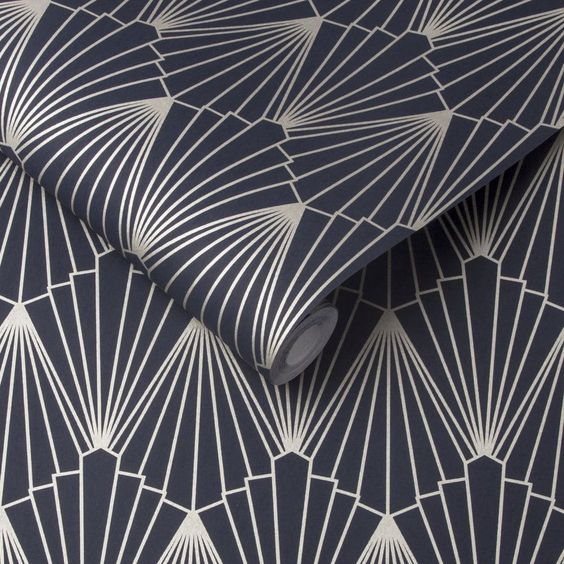 Black and gold, geometric patterns circa Biba. It will be a thing.