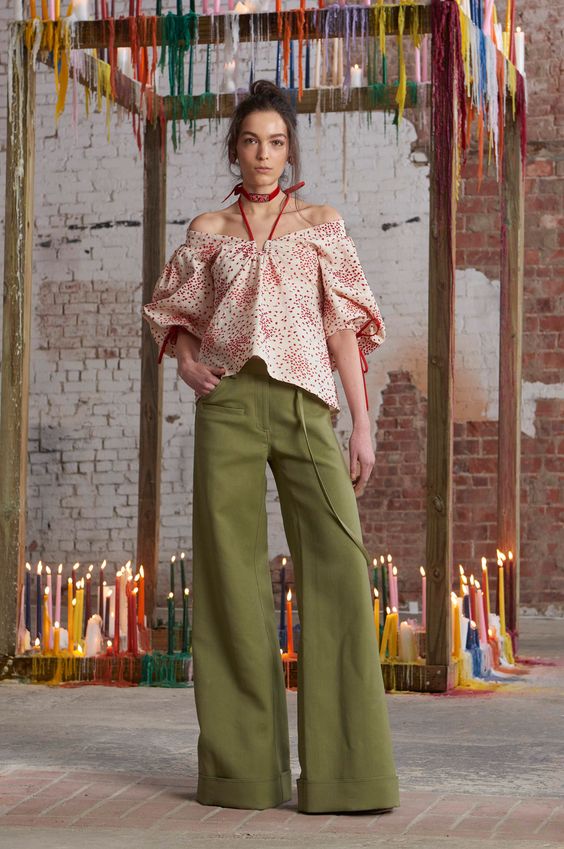 There’s something rumbling in the air: Apparently Isabel Marant opted out of sharing her pre-season pictures with anyone until as late as possible.  She said it was less to do with the threat of copying than over exposure – ‘There’s just too much stuff’.  A notion that is starting to infiltrate and seep through the runway shows at New York fashion week…It’s becoming too obvious, too controlled..and the designers – crowned icons of creativity – are starting to rebel and explore other avenues to present their collections.  It’s about time. 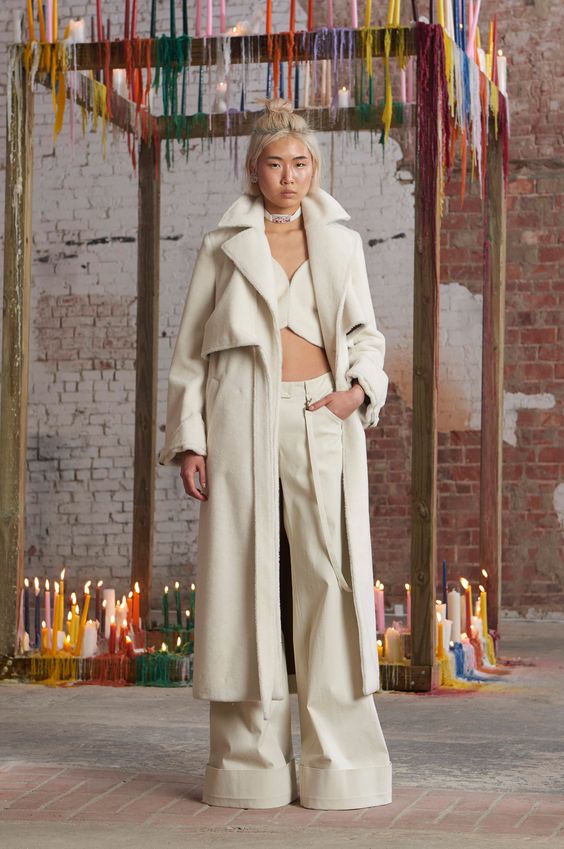 Rosie Assoulin presented her collection at the Meatpacking District (I like her thinking) with her usual chutzpah and personal style. 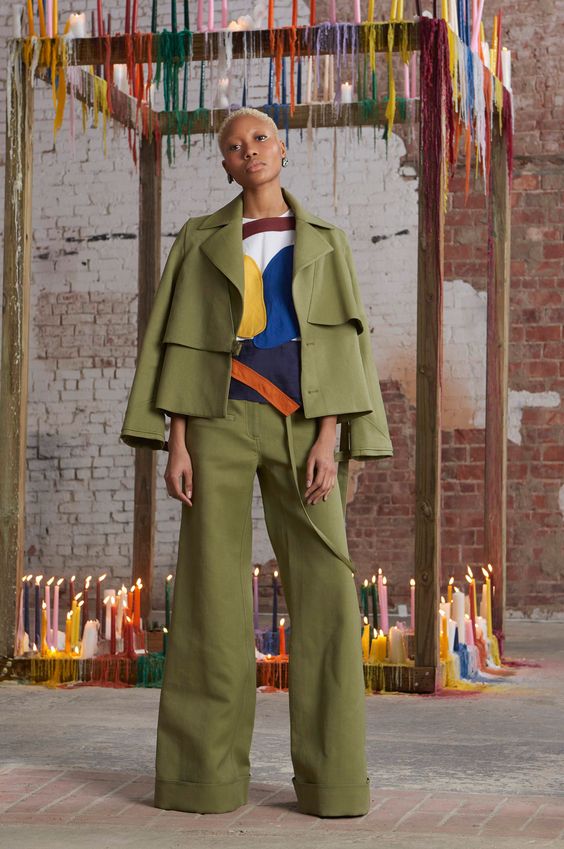 She sees a hemline and moves it up further… a gather becomes a statement. 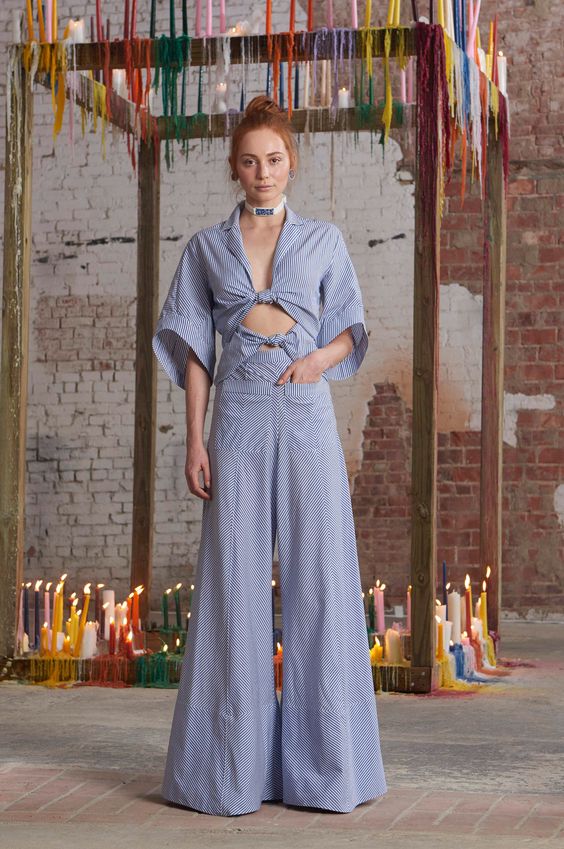 A simple stripe is now a conversation of pattern and geometrical possibilities. 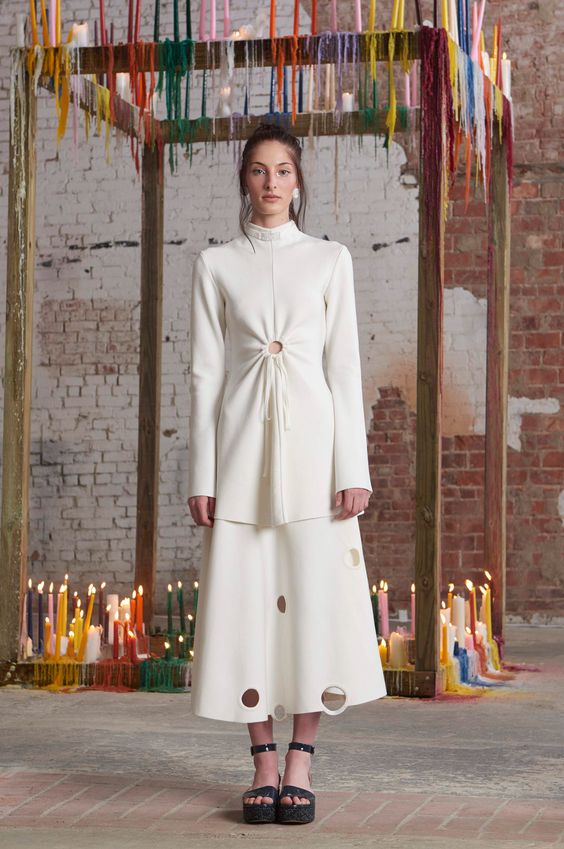 Exposure is about dreams, not exploitation. 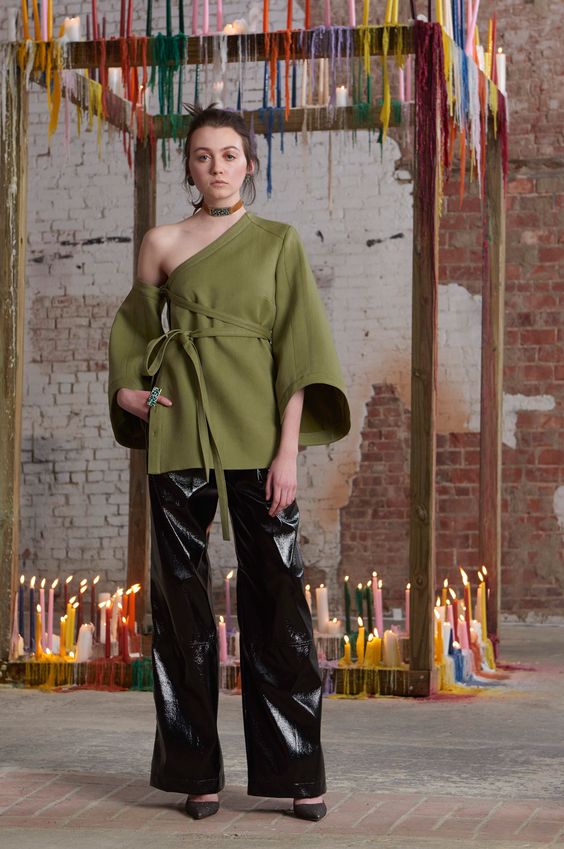 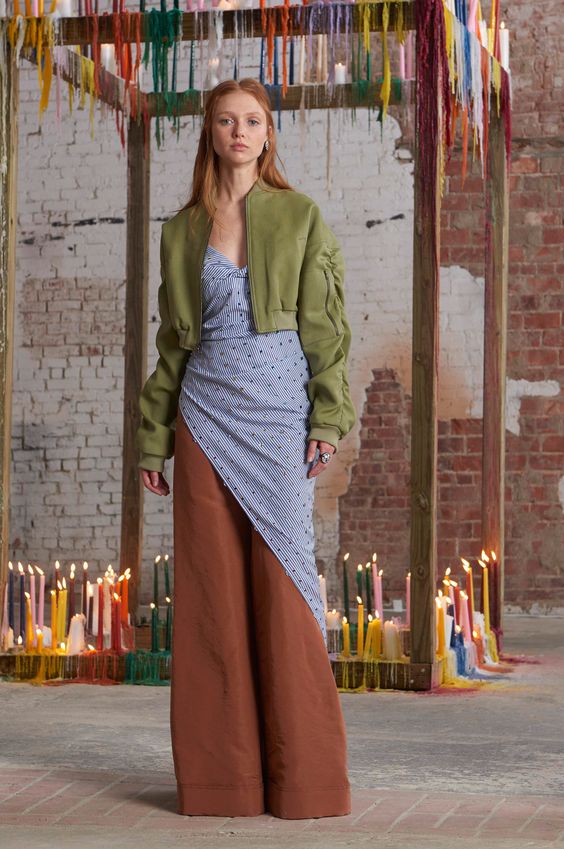 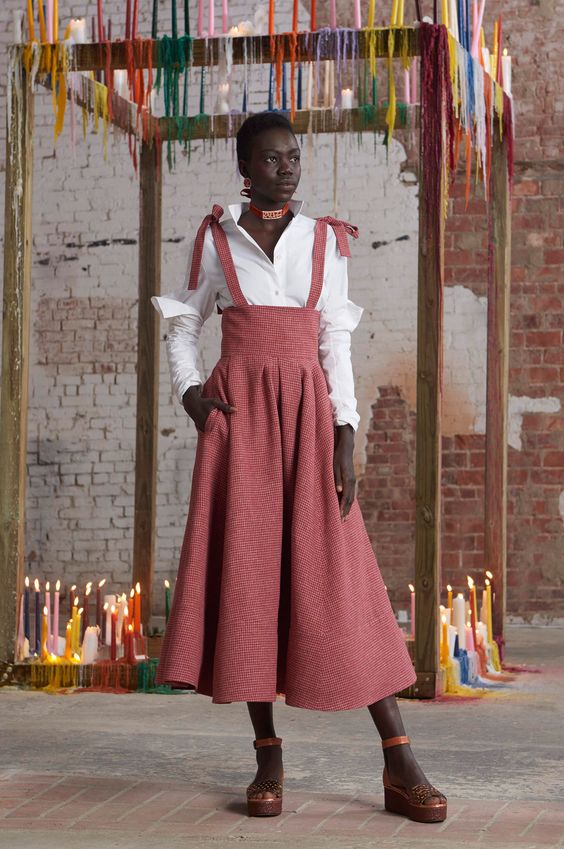 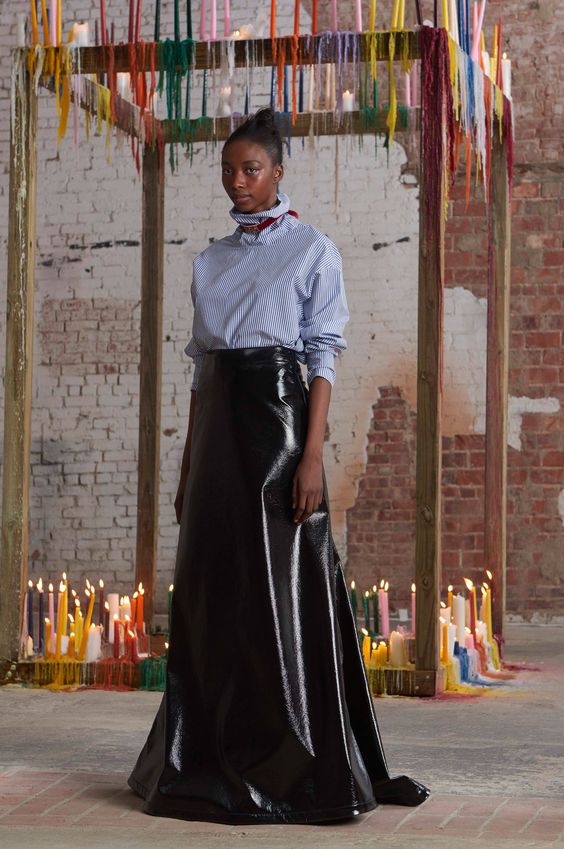 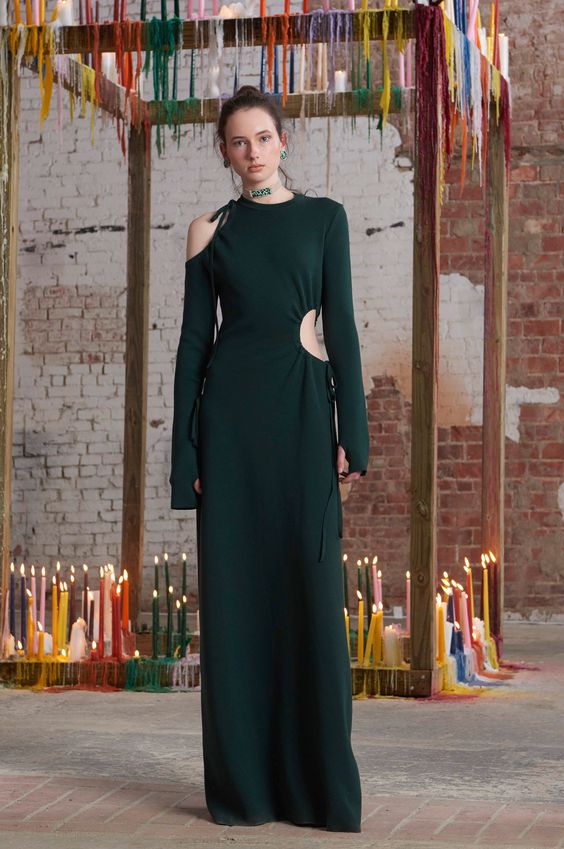 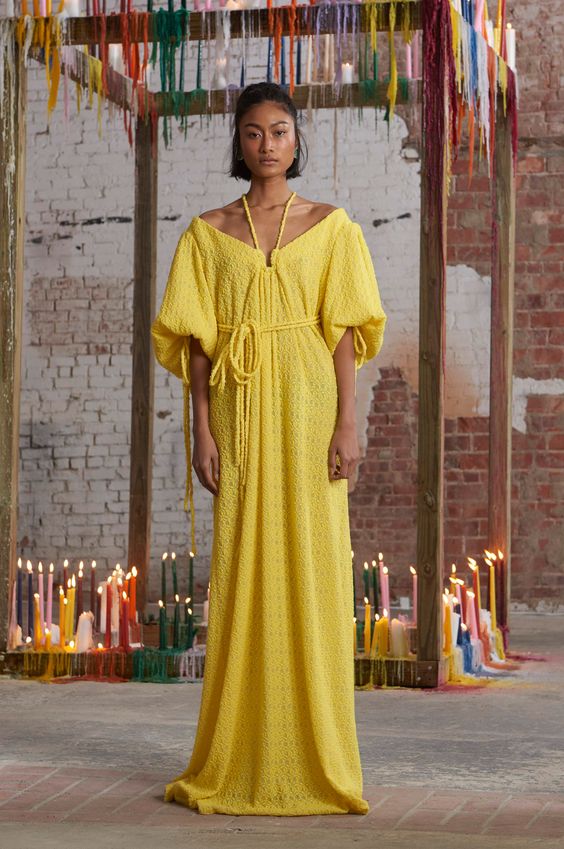 Extravagance, strength and femininity all simply and elegantly pulled together with beautiful tailoring. 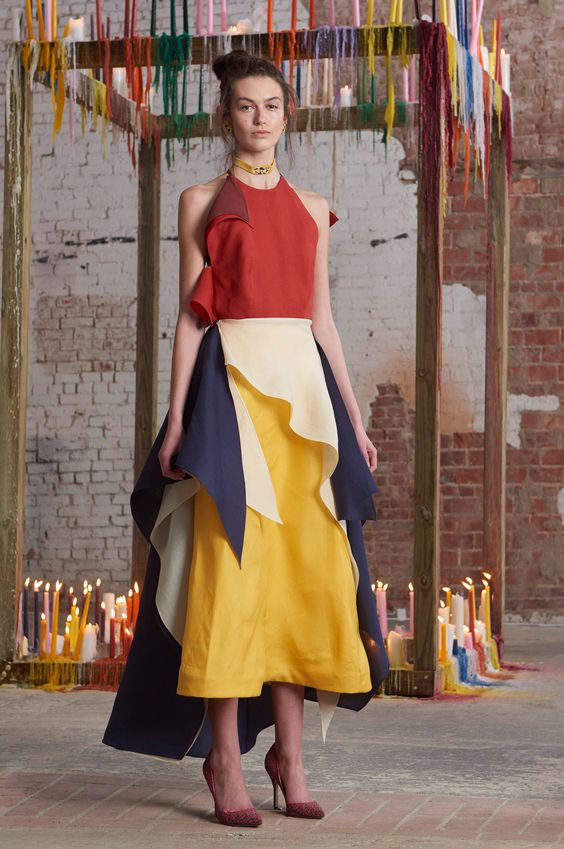 Now a stalwart of fashion week, she’s still a breath of fresh air.

And I love her candles.