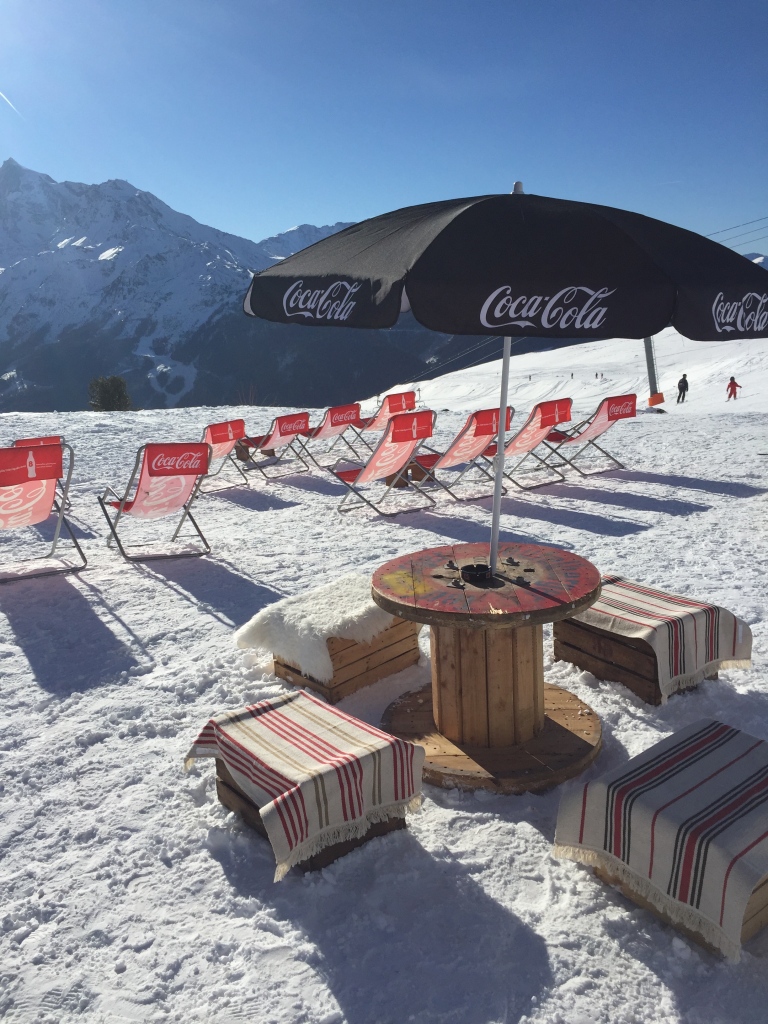 I’ve read that personalities can be divided into two camps – cowboys and farmers. The cowboys are the restless ones, always roaming and seeking new pastures whilst the farmers solidly plough the same field over and over again. Our ski holiday embraced everything cowboy: Constantly on the go, incredible scenery, crisp air, the smell of wood smoke, peace (piste…and pissed as well) as well as a true sense of wonder.

A fusion of manmade and natural – an icicle chandelier.

We were in La Rosiere on the French side of the Aosta valley, ski-able into Italy. And by all accounts, were lucky to have snow.

They were using snow cannons when we first arrived, but as the runs were in full sun it still made for great conditions.  And then it snowed.

I’ve never seen this before – three rainbows, one on top of the other, made by the sun refracting through ice crystals in the air.

It always amazes me how slopes look flat in pictures! 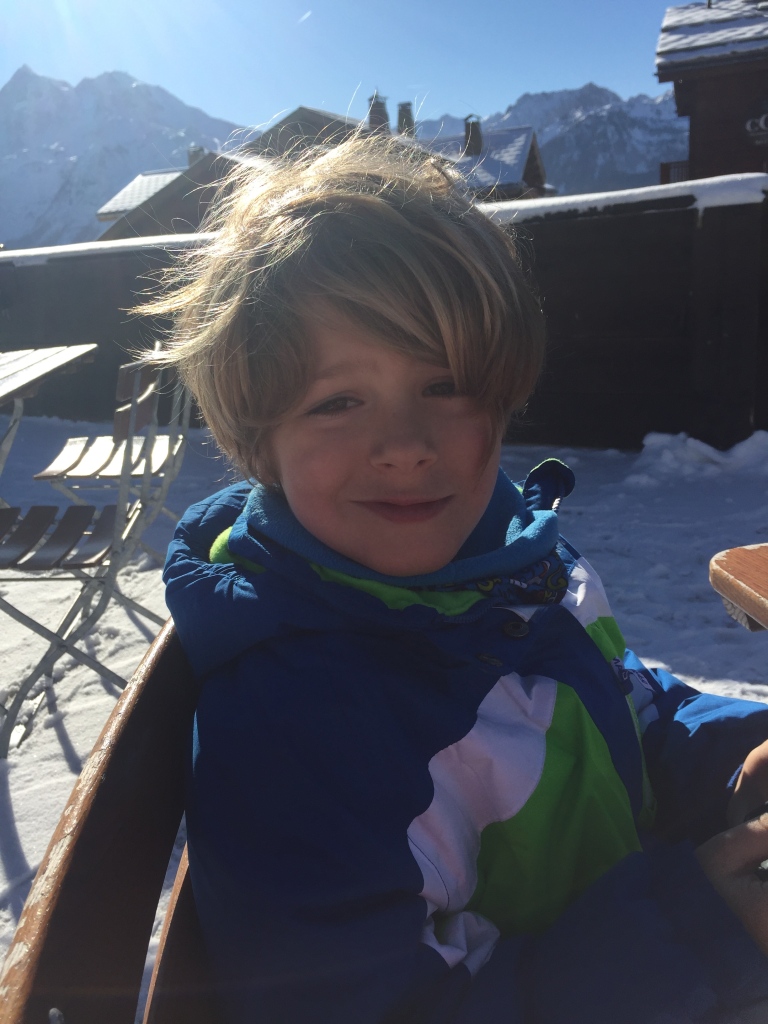 We decided Charlie is really a secret snowboarder! 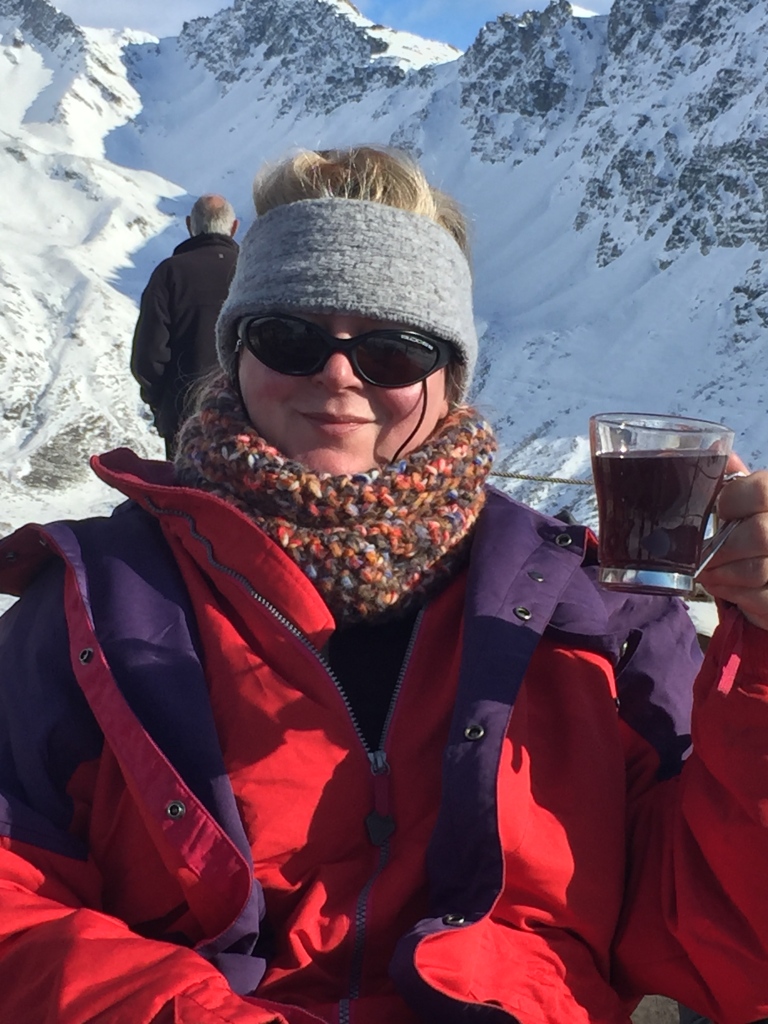 And what did I wear?? John’s old two-piece from the eighties! Maybe not quite pure vintage swagger, but on a ski slope..the joy is no-one cares!

And now I suppose it’s time to return to farming…and wrestling with the Einstein quote that the definition of insanity is doing the same thing over and over again and expecting different results.

The silver lining is our holiday proved that perfectly decent wheels can aways be reinvented..