I’m not here. I’m in a car, driving to Bristol, genuinely quite excited about experiencing a motorway again and moving wider than a 2 mile circle from the house.  We’re emptying The Husband’s work flat as he’s going to be in London till at least Christmas; Every cloud. The plan is to make a round trip in a day – normally a ticket to hell, but all of that has been subtly reframed by the thought of travelling at speed, the prospect of a horizon and the promise of new vistas.  Aren’t I the lucky one? These pictures were taken today – Sunday afternoon has become a potter time for me – projects to plan, things to do.  And this represents the first time I’ve tried to re-make candles. 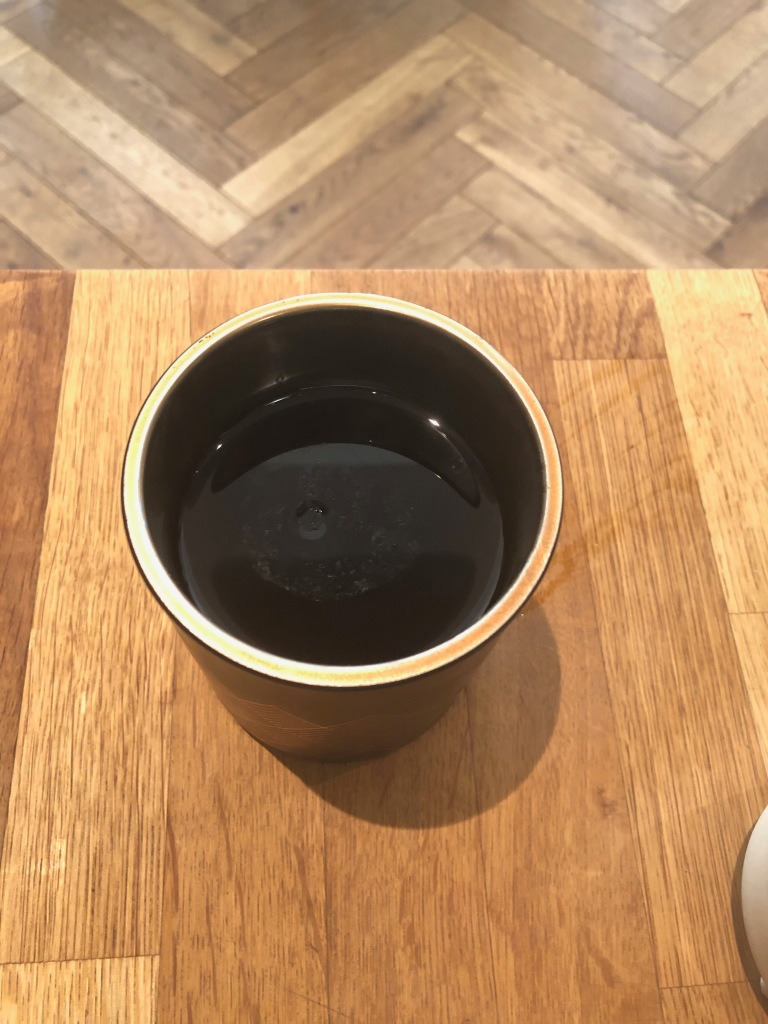 The first thing was to get rid of the bits of wax left at the end of all the finished candles.  I found the best way was to pour in boiling water, which melted the wax, making it rise to the surface to create a wax plug that was then easy to remove. 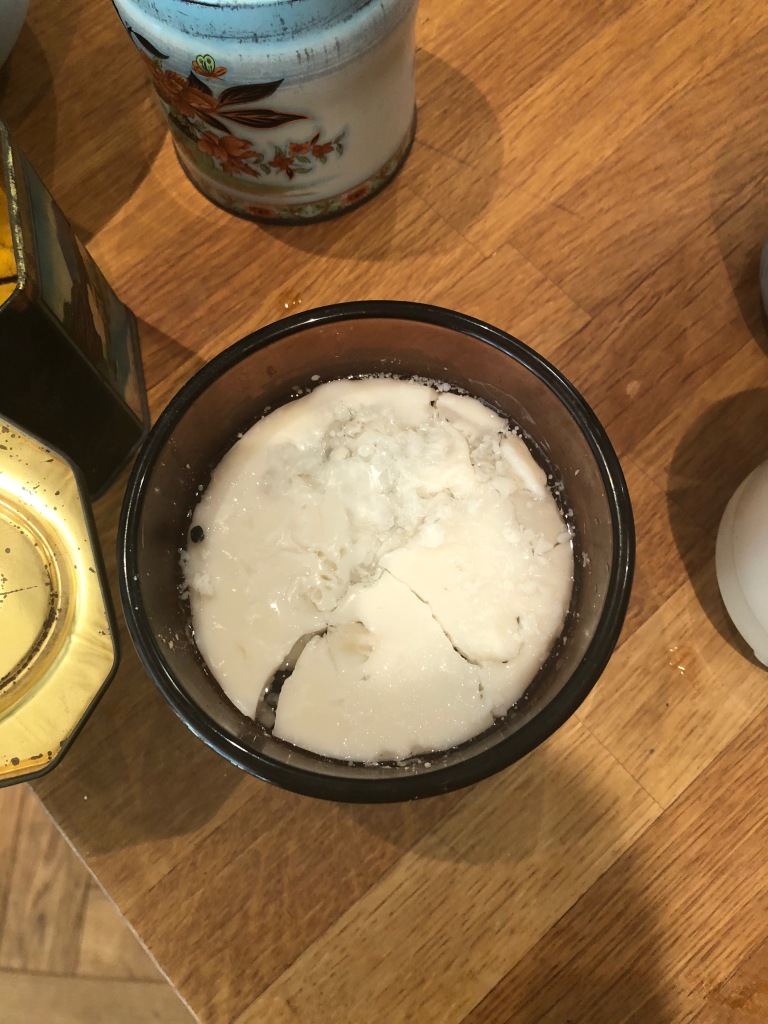 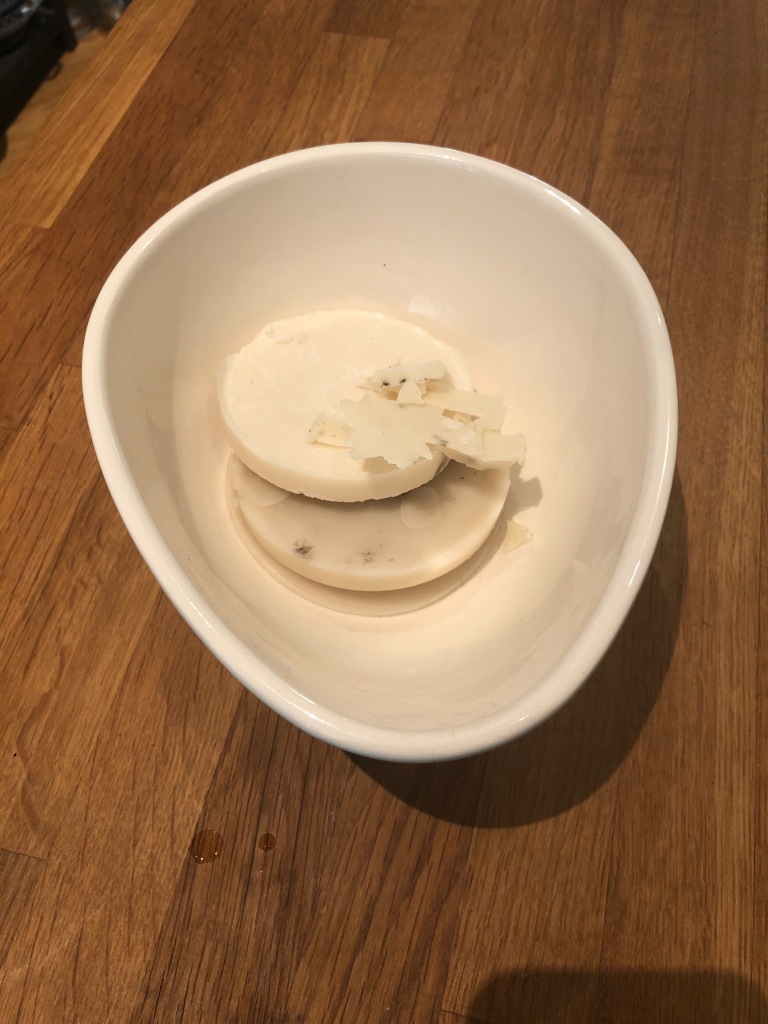 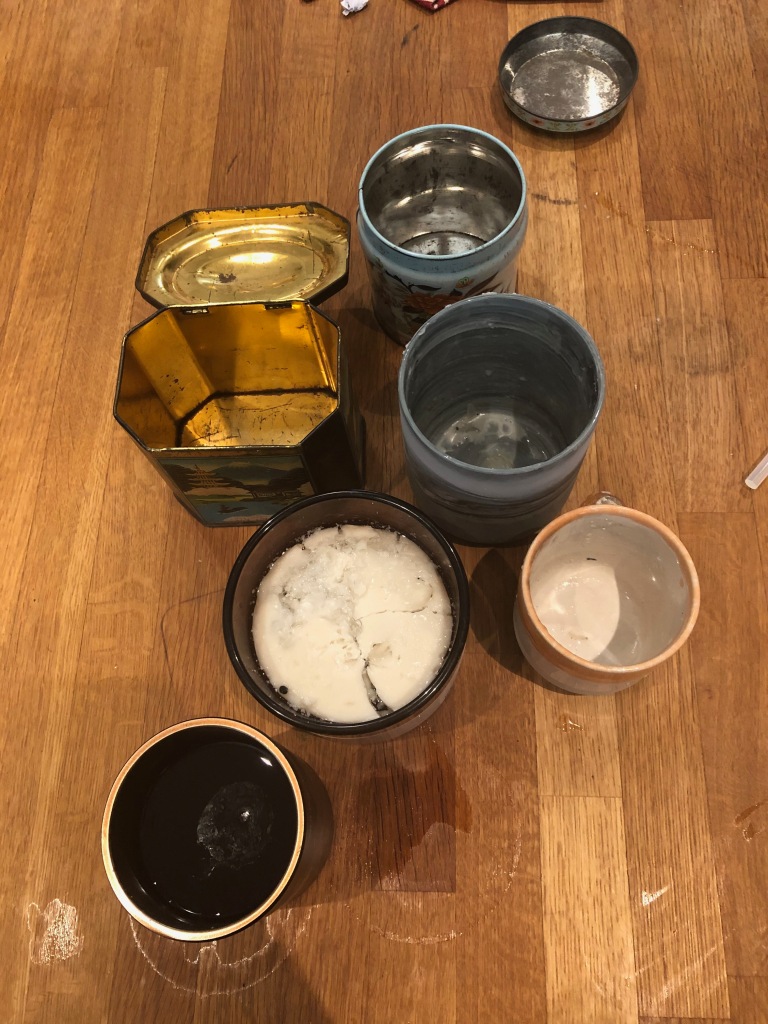 My eclectic collection of containers, from tins to pots to old candle jars.

The wicks I ordered very cheaply from Ebay.

And stuck down with a dab of glue from a handy glue gun.

This was the super candle that inspired the re-make – a winter candle from the White Company with it’s gorgeous smell that died leaving lots of wax.  I melted down in a pyrex bowl over a saucepan of boiling water.  Once the lump of it became soft, I cut it up into smaller bits to speed up the melt.  I also added all the remnants of the other candles, because why not? Once everythings melted it’s possible to add various essential oils.  As the kitchen already smelt like a tart’s boudoir, I refrained.

Pouring in the liquid wax is not the easiest thing. I recommend a funnel.  Then I improvised with tin foil to keep the wicks upright and central. 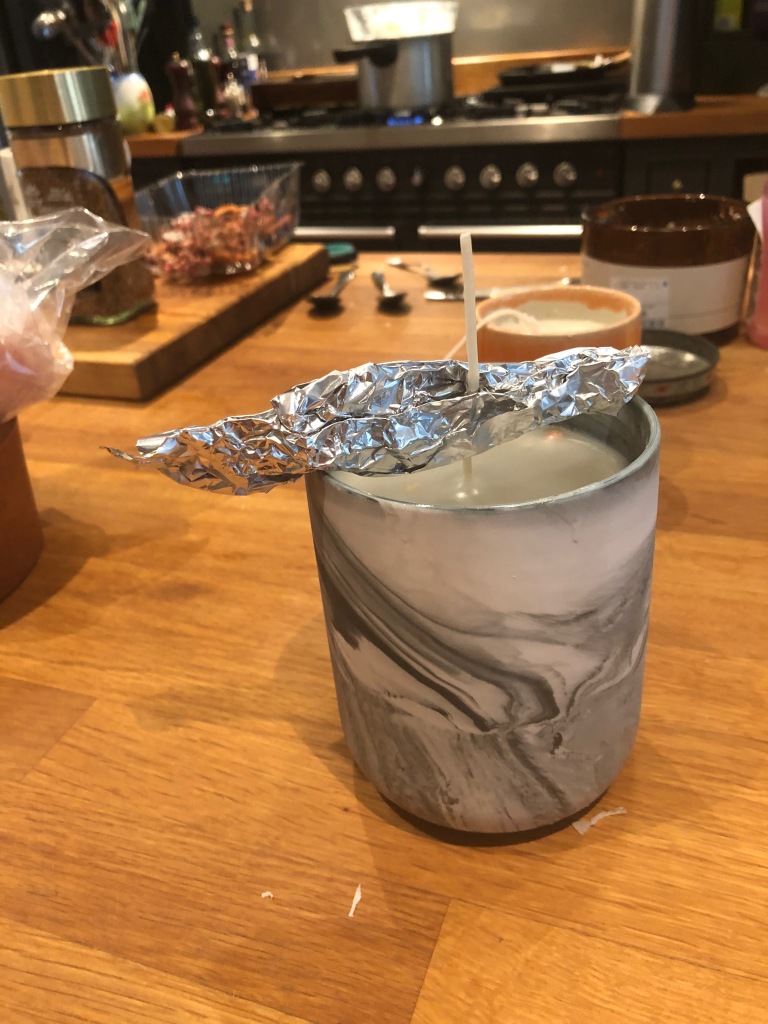 I am a great believer in feeding the visual mind so I make little forays into London whenever I can, which lets face it, isn’t exactly a hardship…one of my favourite haunts is the lovely Liberty’s…

A temptation trove of delights and beautiful displays. 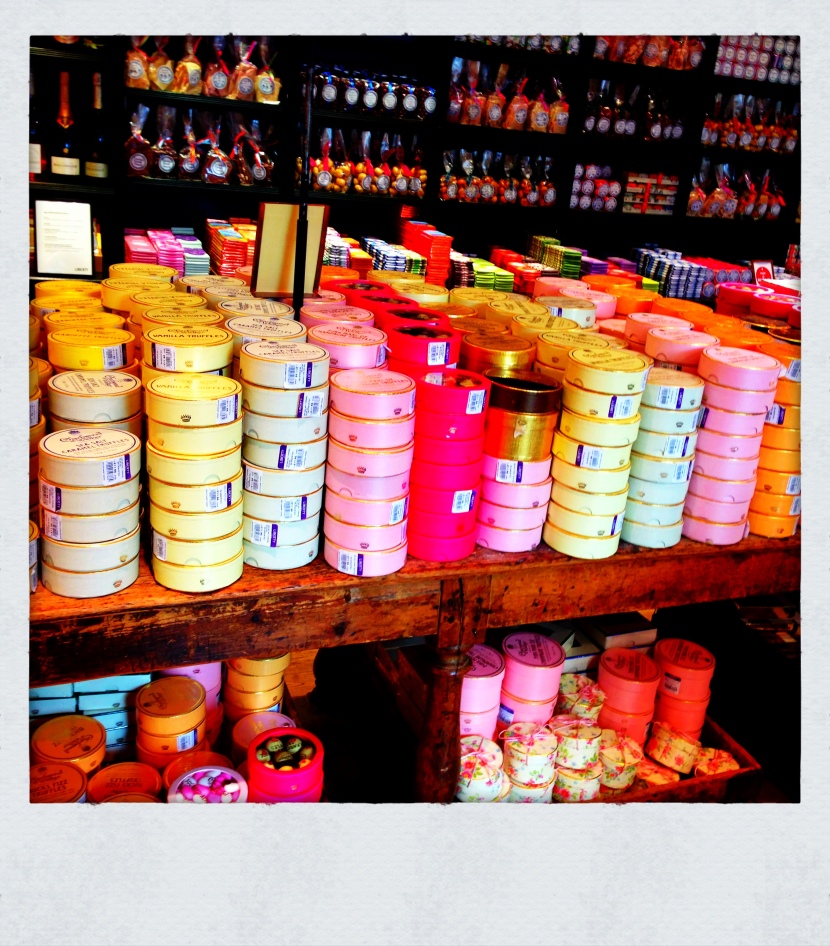 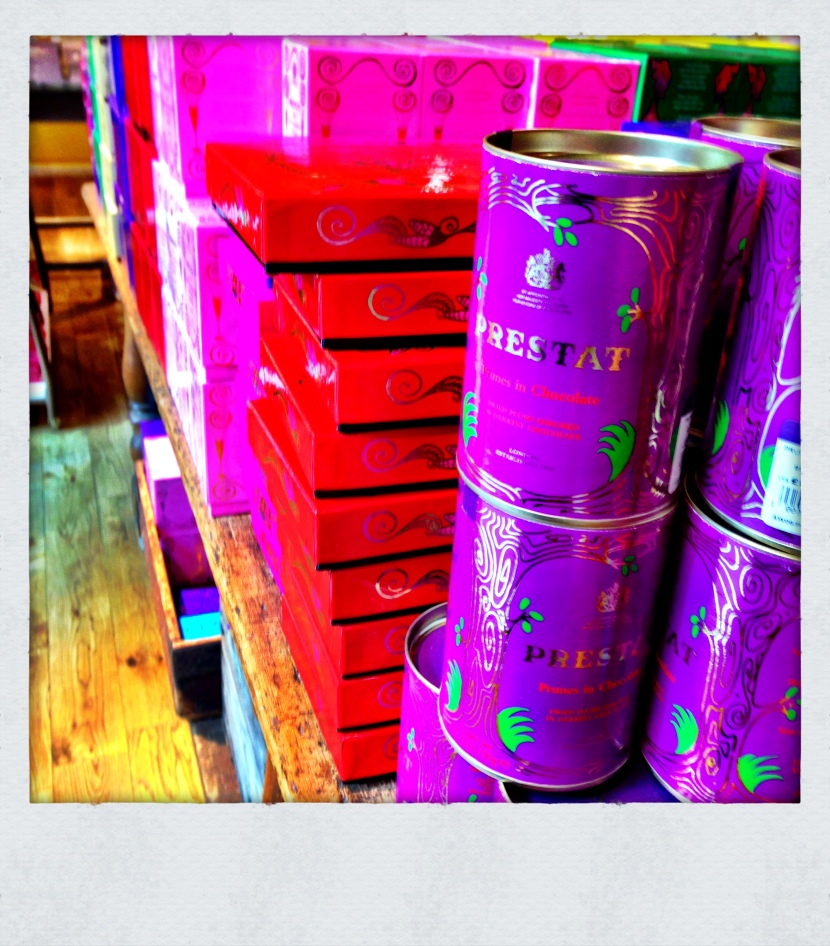 Love these candles – you lift up the domes and smell the scent caught in the tops of the glass. J’adore the whole styling/everything – like something out of Hogwarts… 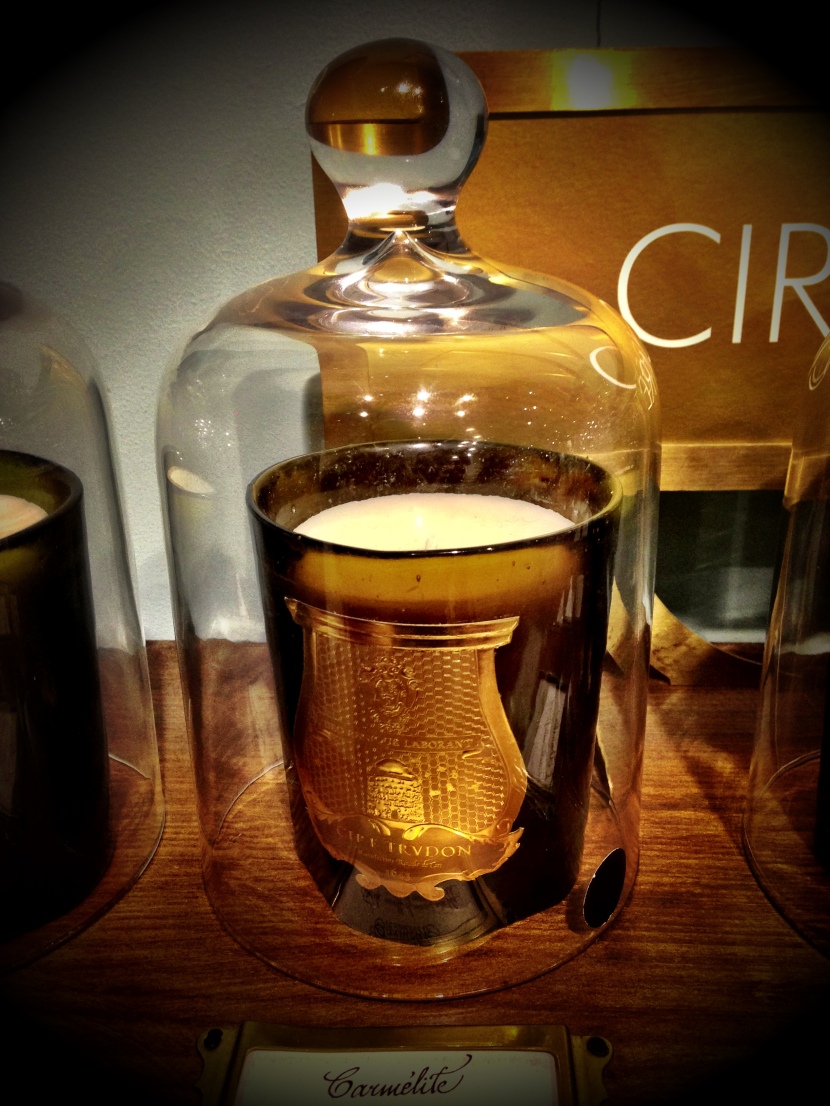 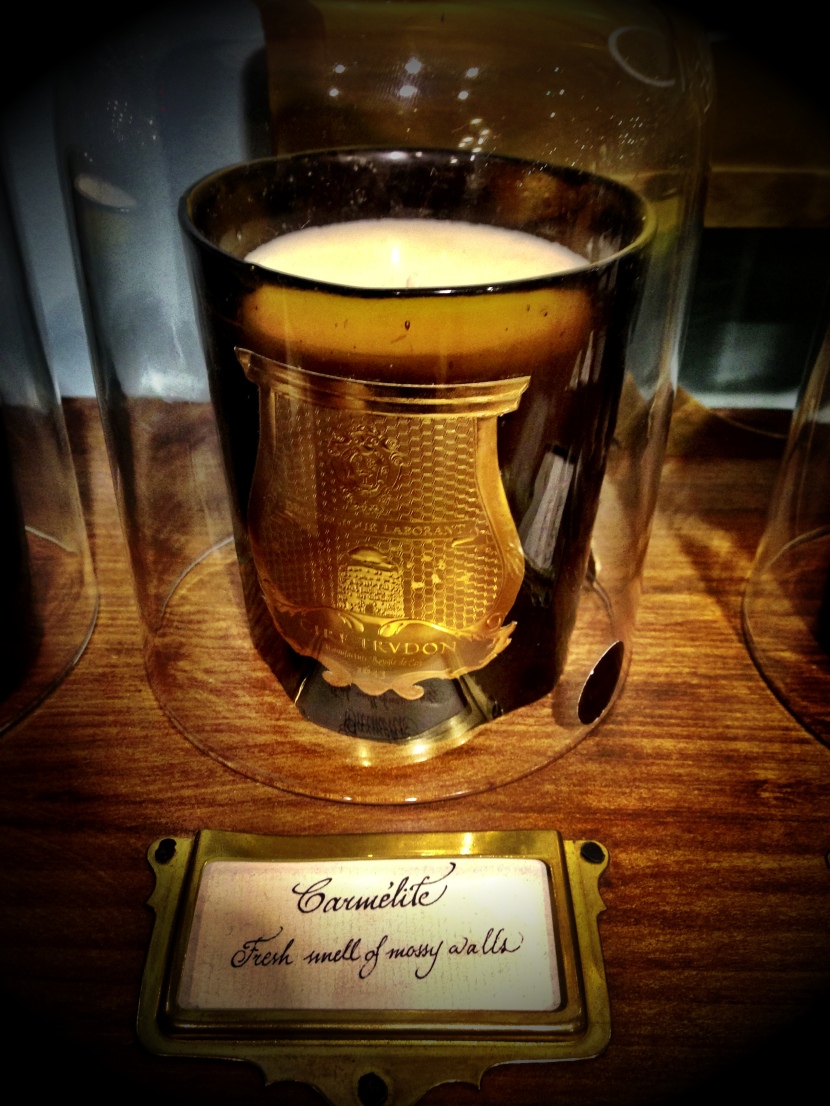 Check out the fabulous names and descriptions.. 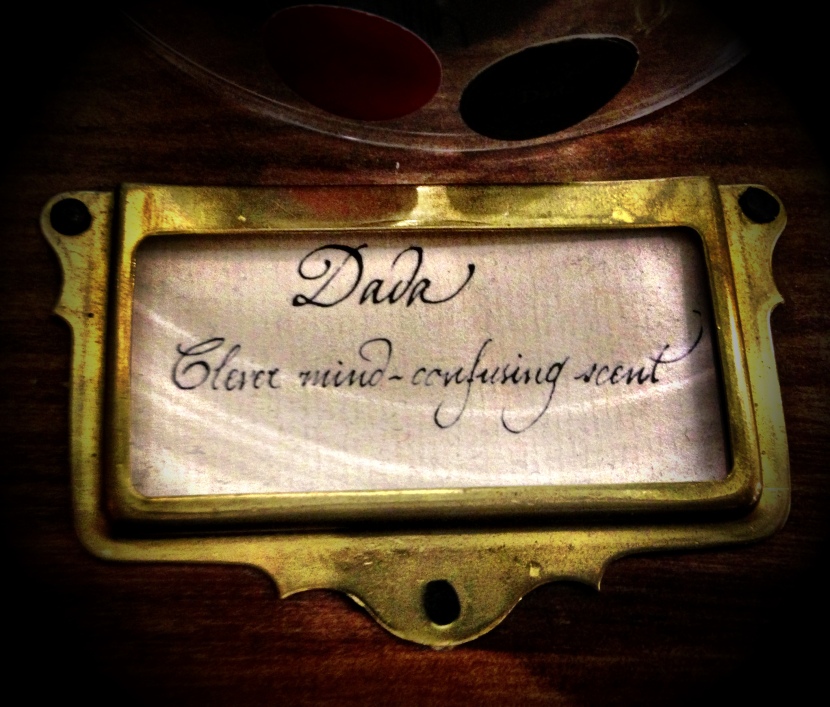 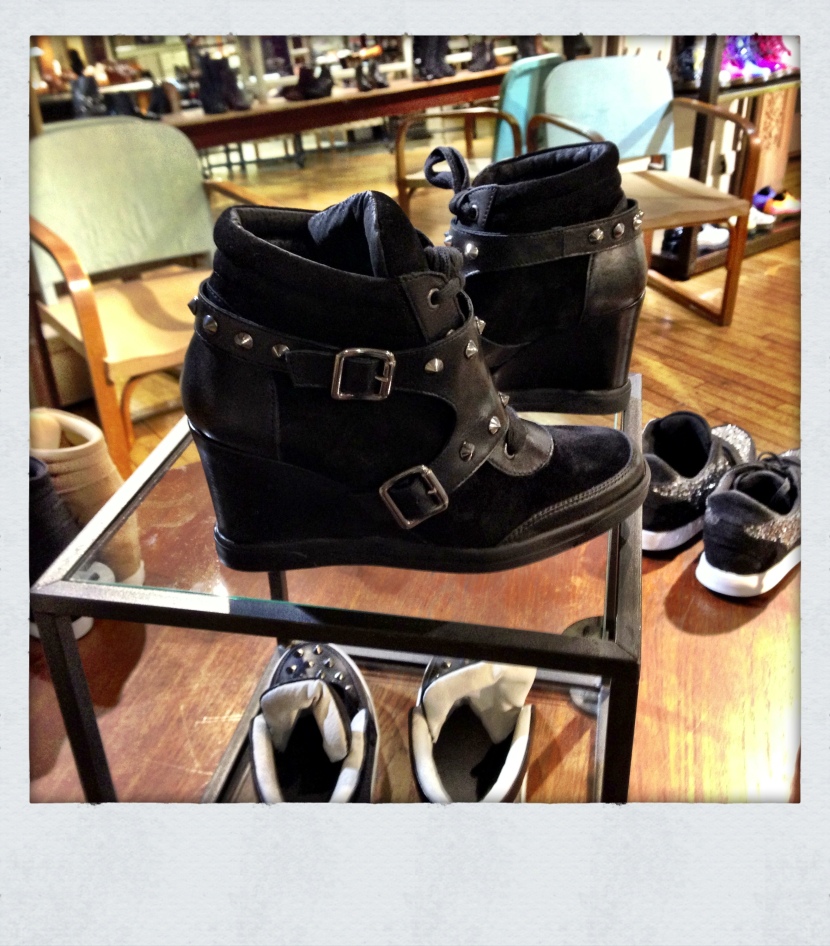 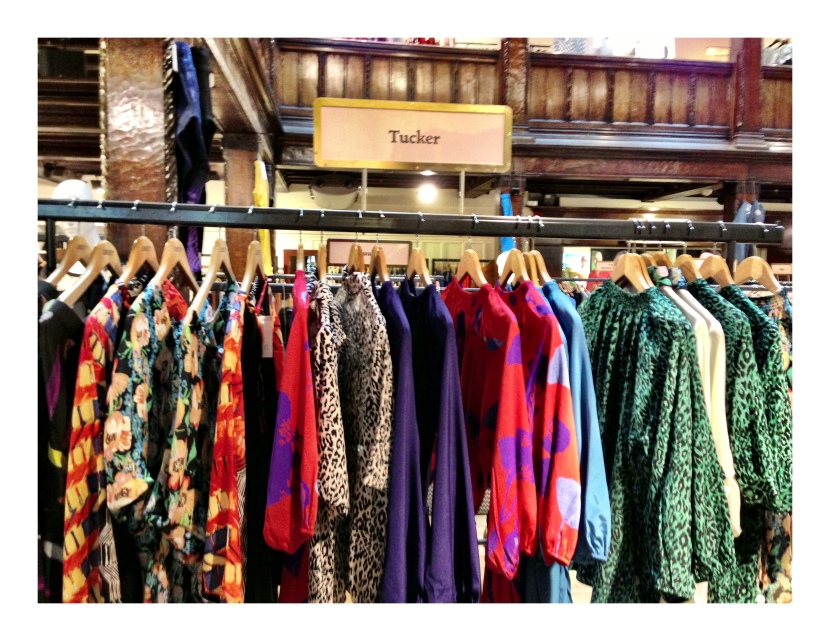 Interested to see this label as they blazed a trail for us – they started with just 8 silk shirts.  Now look. 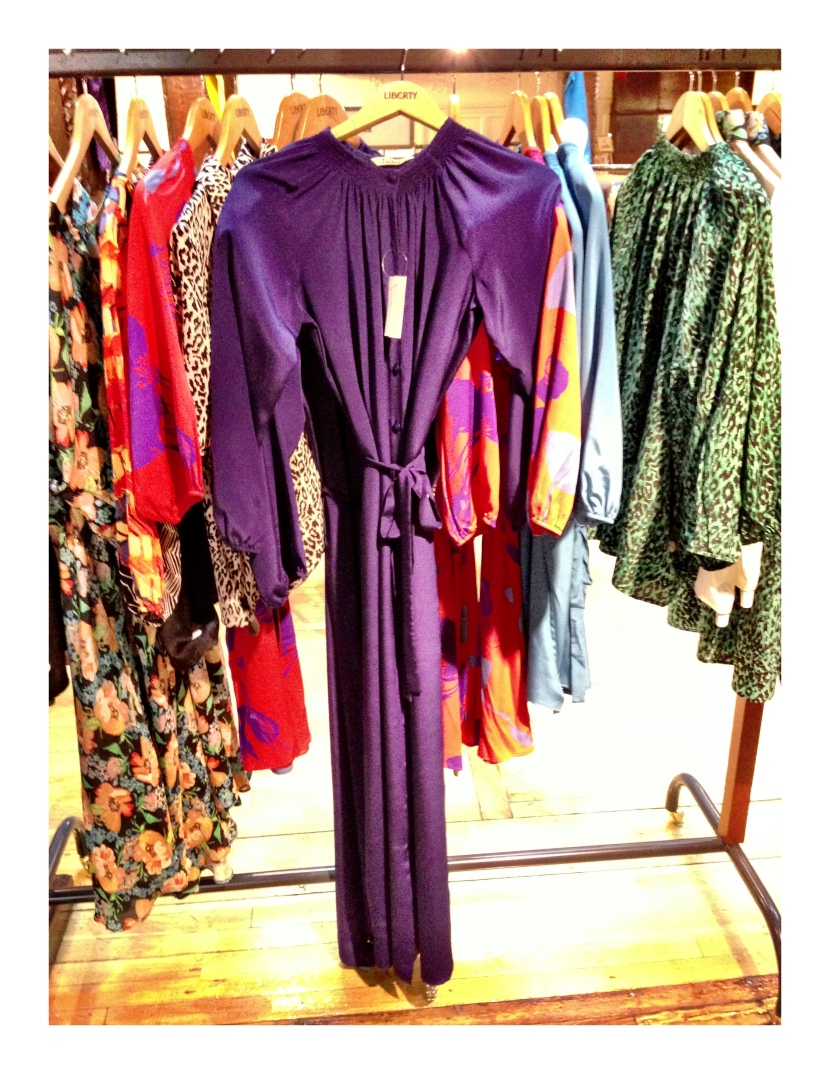 Very simple, very elegant, easy to dress up or down. Timeless.

Liberty’s – everything we aspire to be – beautiful inside and out.

When in London always look up.

A couple of minutes walk away through Soho is Beyond Vintage..well worth a browse. 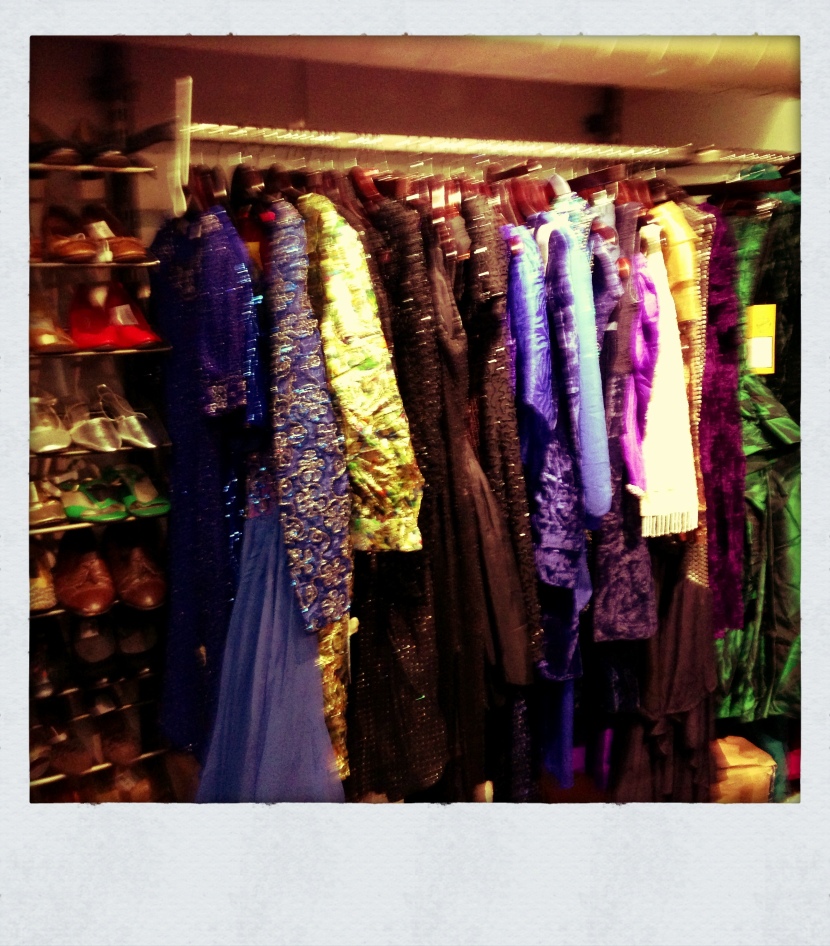 And a final browse round the market stalls.. 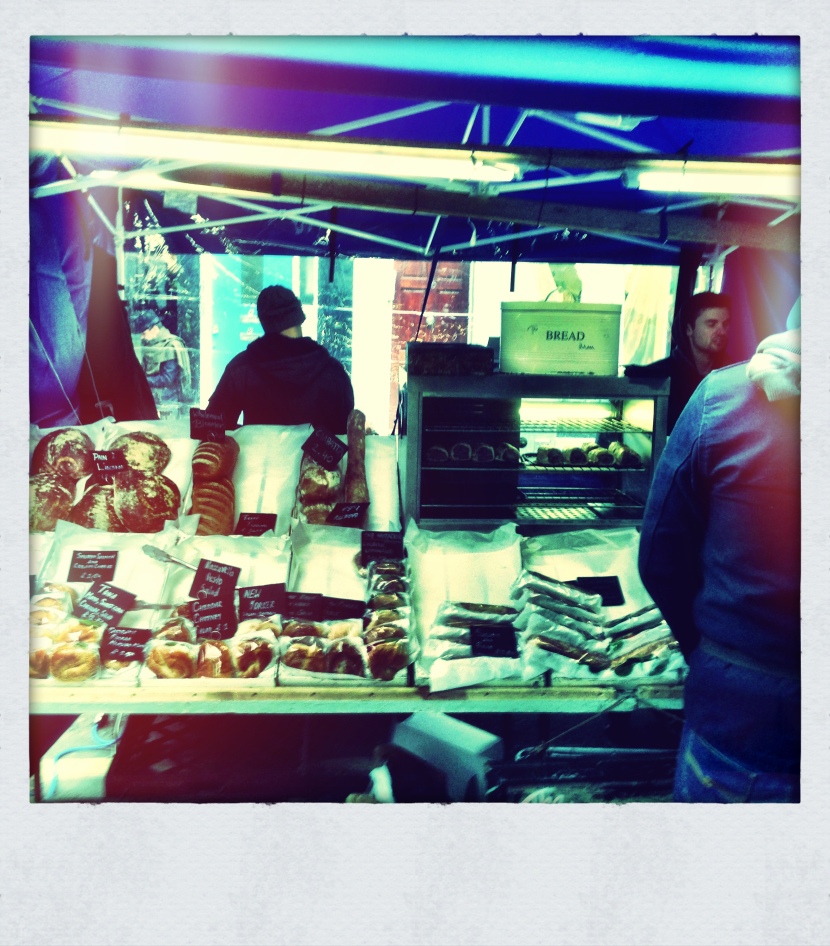