It was on Wednesday when the realisation struck that I was already down to one pair of school socks between the two of them.  I high-tailed it to Oxford street, partly because I wanted speed…partly because I had an ulterior motive: A few weeks ago, after years of drought, I’d spotted that the stalls selling the touristy type of tat usually avoided had started selling designer rip-offs again.  I’m not a great fan of faking it make it..except if you want to do something a bit radical. 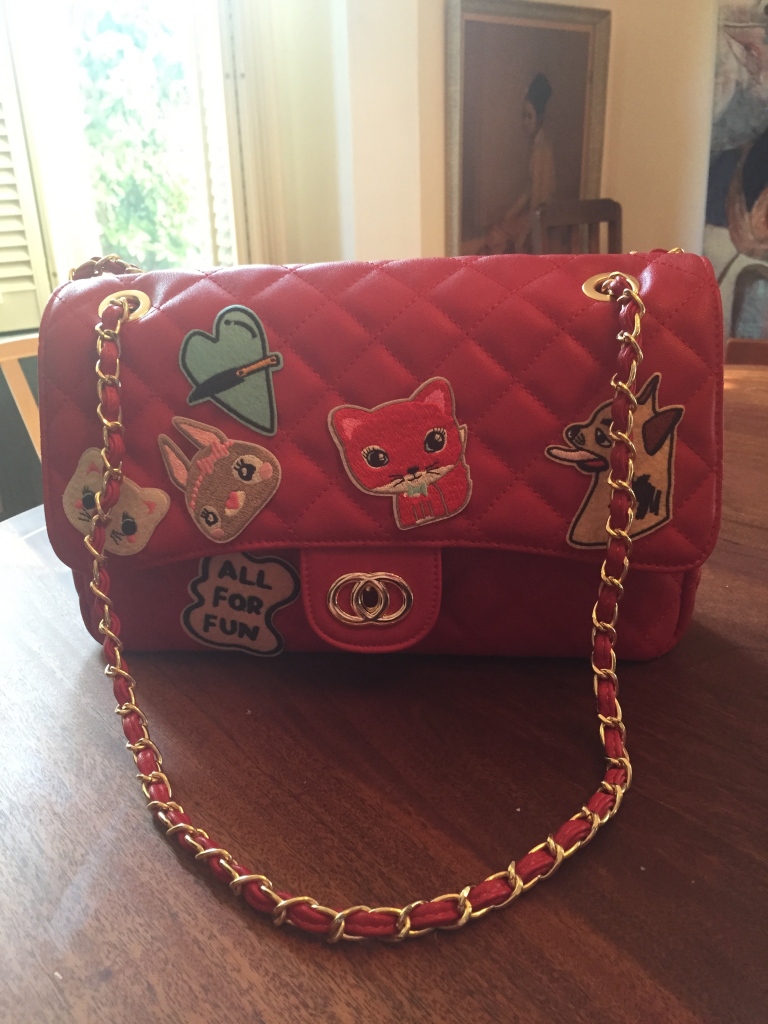 I’ve been wanting to cover a recognisable designer bag in junk for sometime (sort of inspired by Anya Hindmarch, but also by an earlier random street style photo of someone carrying a battered Louis Vuitton bag covered in sewn on patches).  This is just the start – the idea is to cover as much of the bag as possible.

Except maybe the back.