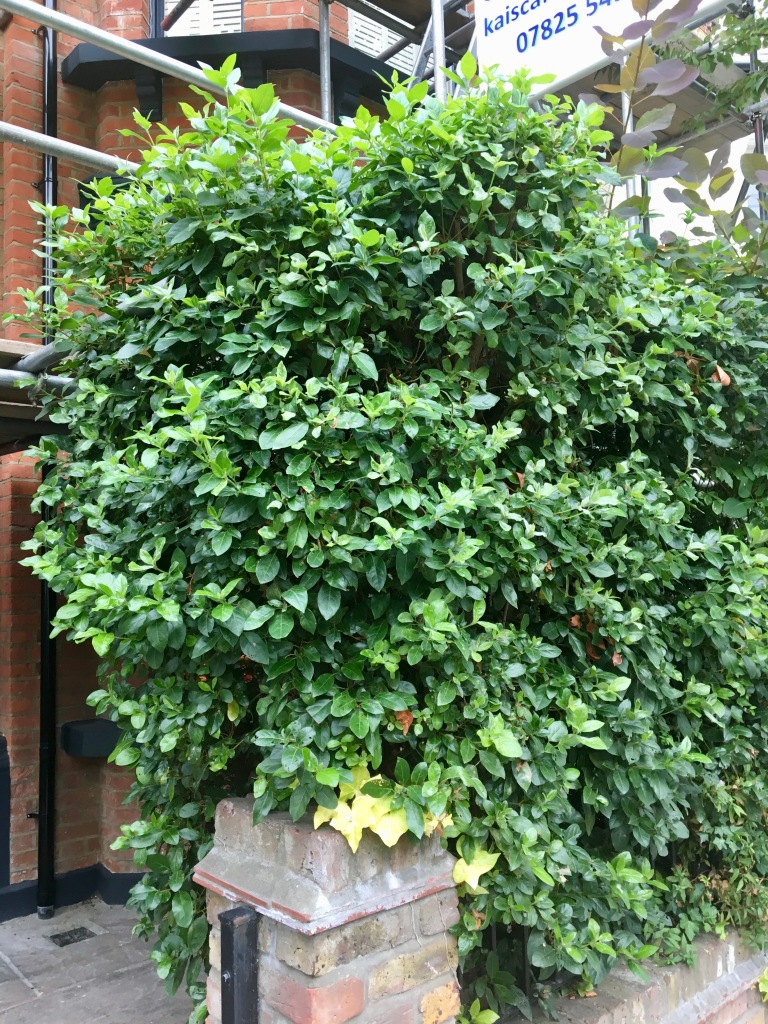 The clouds are a watercolourist’s delight today, grey leeching into darker grey with the foreboding promise of a deluge, which is a bit of a concern as we have a tree-back-slash-large-bush that has developed the questionable power of smelling like dog shit every time there’s rain. It’s potency is so far reaching that innocent pedestrians have be known to check the soles of their shoes when they walk by.  Whilst the comical delight is strong, the aroma is not but I think I’ve finally discovered the culprit…

The source of this sick joke is the viburnum beetle, an insidious little creature whose larvae not only manages to munch away at the leaves, but also passes a very smelly excrement that seems to come into it’s own in damp conditions.

For something so powerful to be coming from something so small and not furry with four legs and fed on meat is quite mind blowing. 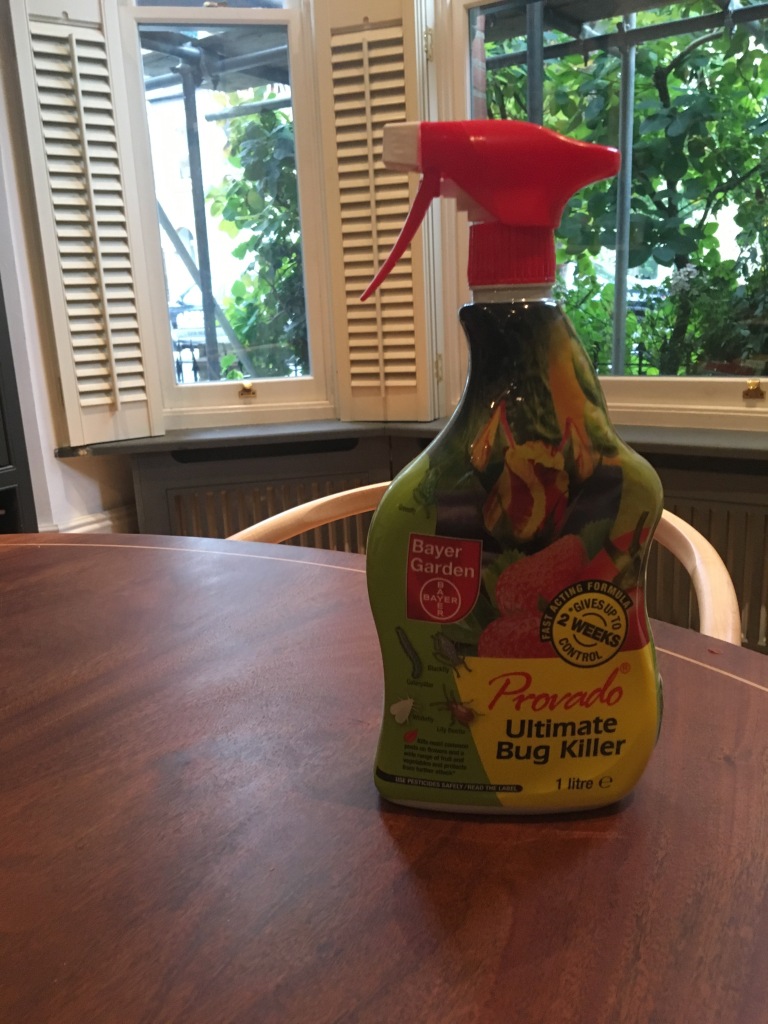 Help is at hand..this is my first choice of action as recommended by various websites.  After that it’s adios bush, which would be rather a shame…but this is war. And I will win, if only for my nose and the postman.