Bella with the lovely Nathalie

Wednesday was the night of the Exhibition to celebrate the life of my cousin Sam Archer-Fayet and to raise money for SMArt.  We made the executive decision to take Bella with us even though it was a school night as a) I wanted her to see Mummy’s work and b) I wanted to introduce her to the excitement and sparkle of a razzle dazzle night in a safe, controlled way..

It was a sharp contrast to the previous week when Bella and I had argued at her school –  it had been a bleak, stormy autumn night – the first night where it was dark by the time it came to picking them up from their after-school clubs which I hadn’t anticipated so we had no lights for our bikes which meant walking them home and to top it all, it was raining.  Halfway home Bella announced she’d left her PE bag behind in the drama room with her school uniform and school shoes in.  Disaster.  We went back.  Rather than face the hassle of locking up the bikes again, I asked Charlie to wait with them whilst Bella and I dashed into school – I would then wait in the hall where he could see me, whilst Bella ran and got her bag. ‘Off you go’ I said, ‘But I don’t want to’ said Bella.’Come on – I’ve got Charlie outside in the dark and rain and I won’t know where your bag is.’ Reluctantly she went.  Then came back with no bag – ‘There’s a class in the drama room’ ‘Well, knock on the door’ ‘I can’t, I can’t’ By now I was fuming…so I explain to Charlie and march her off to the drama room, knock on the door, say ‘I’m sorry to interrupt but can my daughter grab the bag she’s forgotten’ then gesture to Bella to go inside. ‘I can’t, I can’t’ says Bella, backing off down the hallway.  I turn into a towering inferno of mummy-rage. ‘IF YOU DO NOT GO IN THEIR RIGHT THIS MINUTE BELLA BENTLEY THERE WILL BE NO POCKET MONEY FOR A MONTH.’ A teacher came out and handed me the bag..

But I was so livid I couldn’t speak to her for an hour..it touched a real parenting nerve..the philosophy of our house is that confidence, self-respect and manners are the cornerstones – even more important than good grades.  This episode put a shining spotlight on some seriously wonky foundations that I had no idea were there.  I hadn’t handled it well either..so when I’d calmed down we sat down in my study so I could explain why I felt so cross and disappointed.   It’s not an easy subject..but I wanted her to know that at some point we all feel shy or scared of a situation but it’s the way we deal with it that matters.  We came up with three coping strategies:

1. Rehearse what you’re going to say for both a positive and negative result and always be very polite – it always gets you so much further.

2. Think of the most confident person you know and pretend to be them.

3. Worse case scenario, imagine the intimidating person in their underwear..

Fast-forward to Wednesday night and Bella was asked if she would choose the numbers in the raffle.

She did a brilliant job – cool as a cucumber, confidently reading the numbers out to a full gallery of adults..I was so impressed..she got the biggest bear-hug afterwards and she whispered in my ear..’I remembered what you said’… 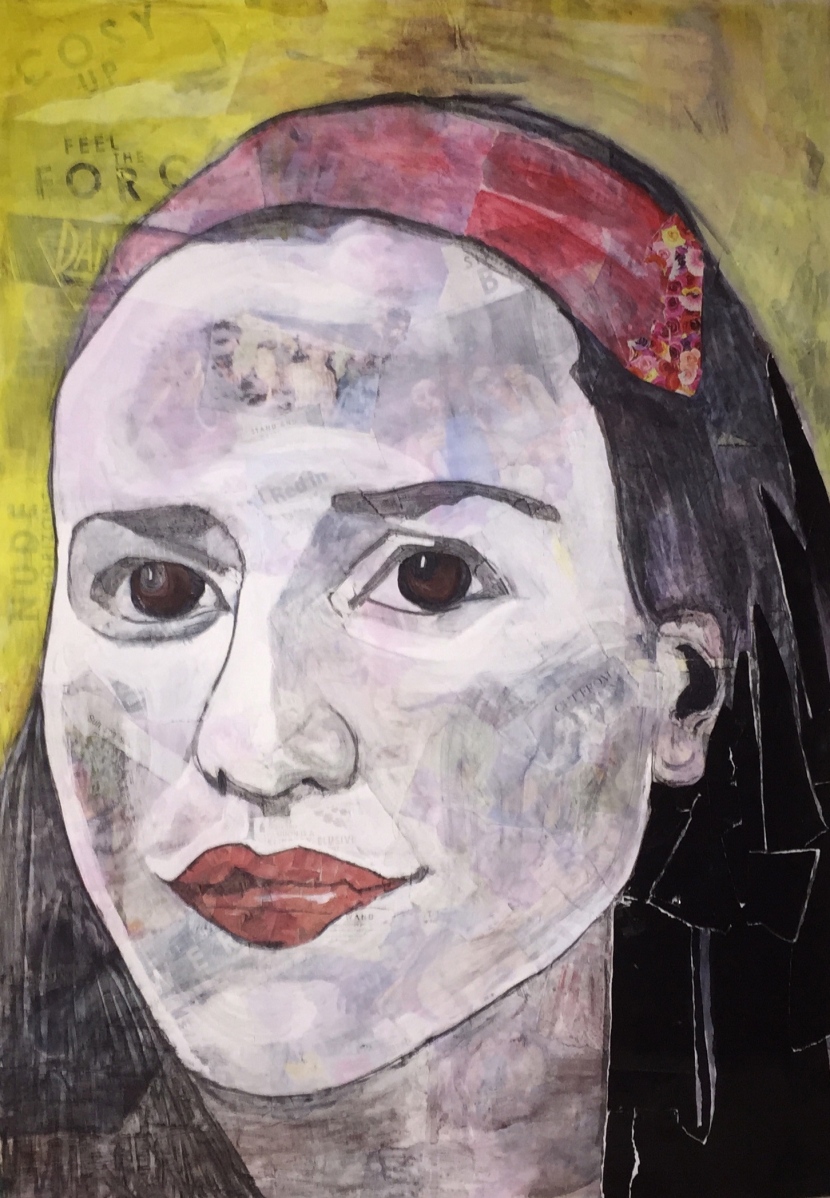 My picture also sold..so a top night all round. One I won’t forget in a hurry..