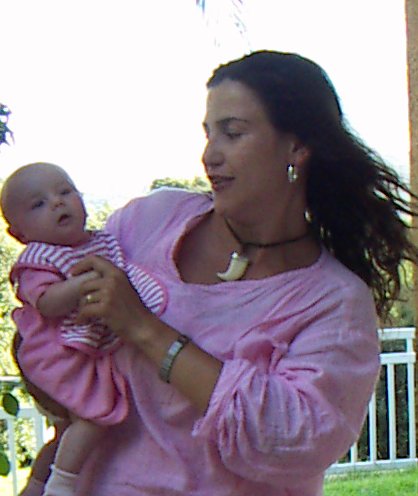 December 26 2014 marks the ten year anniversary since the horror of the Boxing Day tsunami in which my cousin Sam Archer-Fayet and her baby daughter Ruby Rose tragically lost their lives.

As a way of marking this anniversary and celebrating Sam’s life, her sister Nathalie is holding a very special exhibition in their memory: She’s conjured up a whole cornucopia of artist’s and musicians to produce work to capture and treasure Sam’s spirit: On the night and just for one night, they’ll be an intimate short film shown, shot by Sam herself in the late nineties when she was working in the thick of the fashion world, showing a glimpse of life behind the scenes at some of the most glamorous catwalk shows including her friends and icons such as Kate Moss, Linda Evangelista, Naomi Campbell, Esther de Jong, Carla Bruni, Claudia Schiffer and John Galliano.  Freeze-frame images will also be exhibited as part of the on-going exhibition.  My youngest sister, Harriet will be performing with her group Kosmos, as well as performances by Lisa Billson and Nina Walsh, Somethin’ else and Martin Beck.  And if that wasn’t enough, they’ll be an auction including a signed print from Charming Baker, dinner for 4 donated by Anthony Usher at the renowed Clutch restaurant, a signed photo by famous photographer Richard Young and a lot more besides…all proceeds from the exhibition will go to raise funds for the SMart Network giving them much needed funds to support homeless and socially excluded people through creative arts.

So if you’re in London or can get to London on Wednesday 12 November the event is being held at the Seven Dials Club in Covent Garden at 42 Earlham Street, WC2H 9LA – just email your name to info@samsaysenjoylife.com to confirm your attendance…

Nathalie also asked if I would paint a picture of Sam for the exhibition…mainly because of the kids, it’s been a long time since I’ve painted anything and I will confess, it has been one of the hardest paintings I’ve ever done, not only because it’s Sam, but I wanted it to truly represent her as well.

The background to the picture is a collage made up of both photos of Sam and quotes or words that I felt resonated her vibrant character.  The idea was that from a distance it’s Sam..up close it’s what made her who she was..and each time you look, you should see something different. 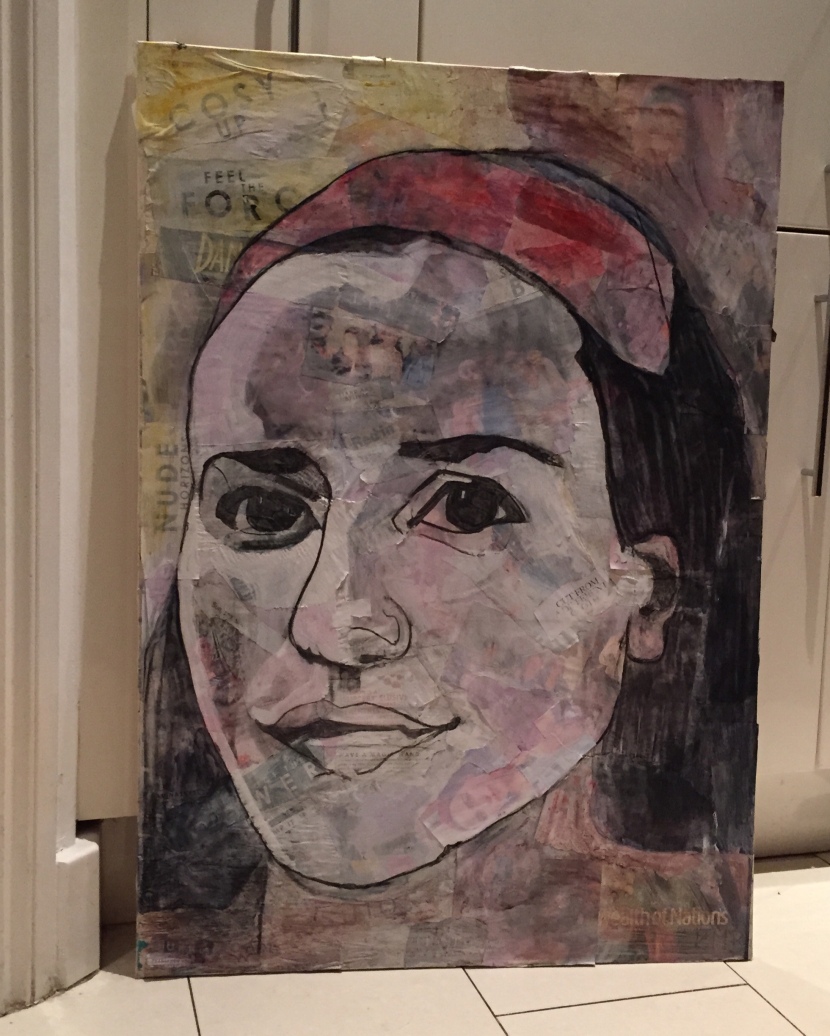 I’m at the stage where it’s almost finished..but I can’t stop tinkering..it’s even changed from this photo..but time is starting to run out…