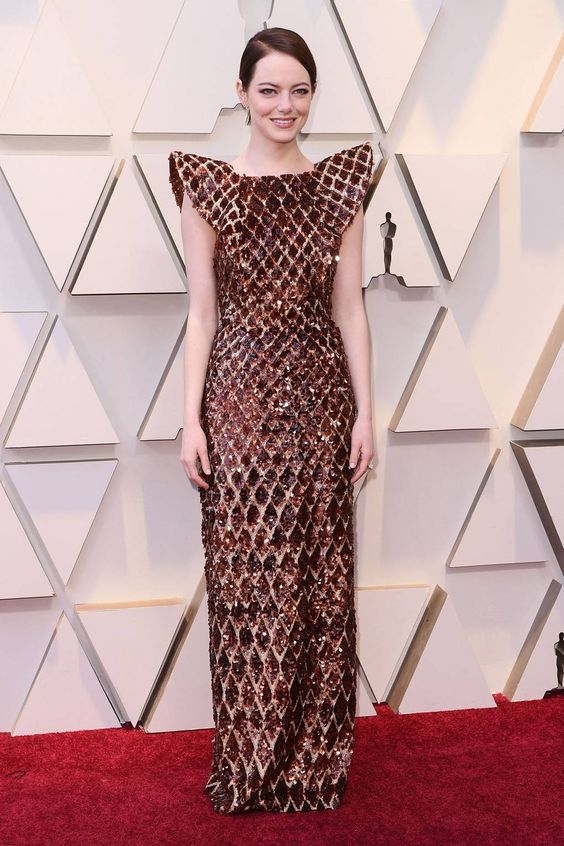 There were the good dresses – Emma Stone in Versace

And  Stephan James in Etro.

The  blushing  pink  of  the  masculine  Jason  Momosa.

And Chadwick Boseman looking fabulous. Because here’s  the  irony:  This ceremony  celebrating  the  peak  of  visual  creativity  is  actually  all  about  conforming.  Apart  from  the few  braves  souls  who  don’t. 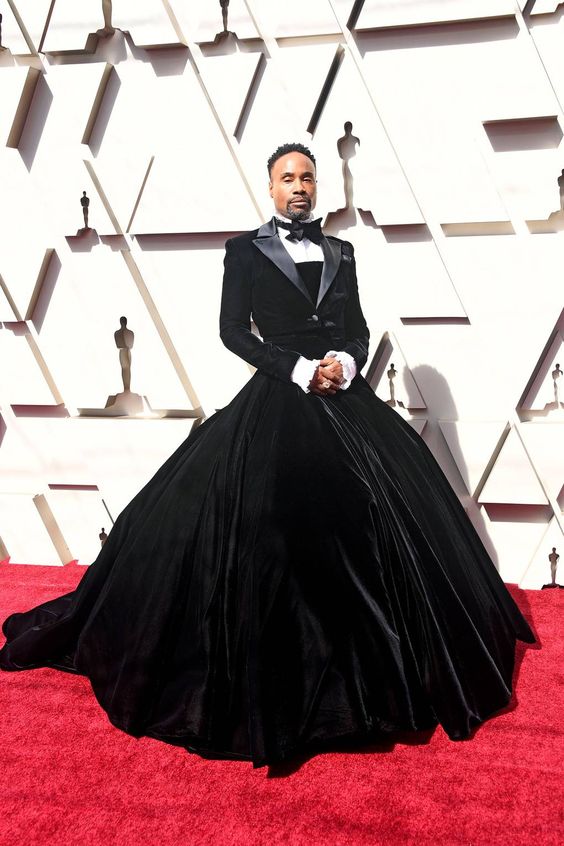 Of  which  the  prize  goes  to the  stylish,  the  bravura,  the  impeccable,  Billy Porter  in  Christian  Siriano. Not a breath of kitsch, no sign of a send up, just a sonic statement in understated class. 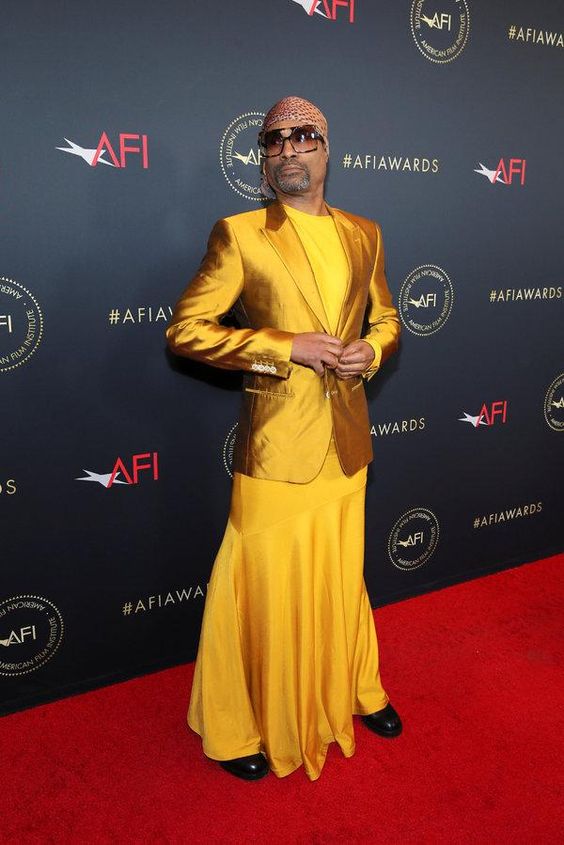 Billy Porter says when he debuted his dress-wearing persona at the Golden Globe parties, he was astounded by the amount of attention it caused with crowds ‘parting like the red sea’.  He says ‘It’s infuriating that a man in a dress still garners this much attention. Women wear pants every day and nobody  bats  an  eye.  But  you  put  a man  in  a dress  and  it’s  like  the  sky  is  falling.’ Porter  asks  ‘Are  you  saying  that  women  in  pants  equals  masculinity  and  that’s  good?  But  a man  in  a dress  equals  feminine  and  that’s  bad?  Well,  I’m  done  with  that. 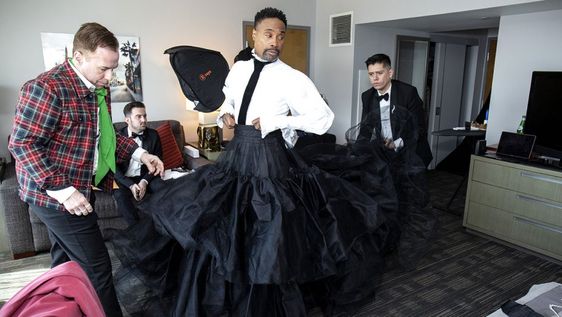