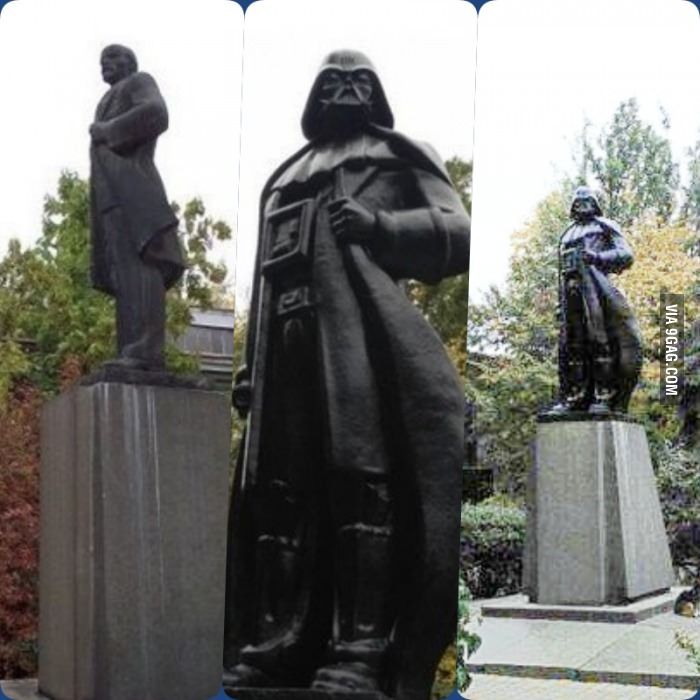 Love this.  Because of new legislation in the Ukraine all remnants and symbols of the country’s communist past now have to be taken down.  But in Odessa (in a town far, far away) they’ve taken things an artistic step further and converted their statue of Vladimir Lenin into none other than Darth Vader. 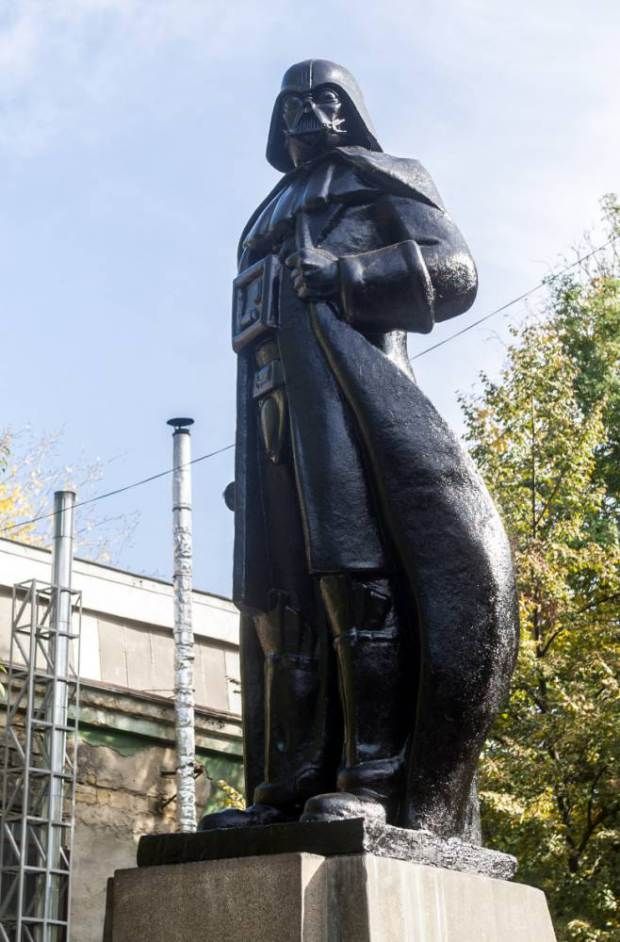 Artist Alexander Milov has added a helmet, cape, boots and a secret weapon…

Under Darth’s hat is a wi-fi hotspot providing free wifi to all those who stand at his feet.

Oh the symbolism. Ahh the parody. Ker-ching the tourist revenues..