A true global and renaissance man, Jason deCaires Taylor was born in 1974 to an English father and Guyanese mother.  He then grew up with one foot in Europe, the other in Asia with regular diving trips in Malaysia.  In 1998 he graduated from the London Institute of Arts with a BA honours in Sculpture….before becoming a fully qualified diving instructor, underwater naturalist (Note to friends: That’s not a naked diver) and award winning photographer.

Then in 2006, off the West Coast of Grenada, he created his first underwater sculpture park and a life blood of creativity was unleashed.

His work explores the slipstream where Art and Nature collide, the grey area between man’s exploitation of nature for industrial means and the acknowledgement of the fundamental power of the earth: As time begins to colonize the forms it creates it’s own architecture, dramatic pulse and language. 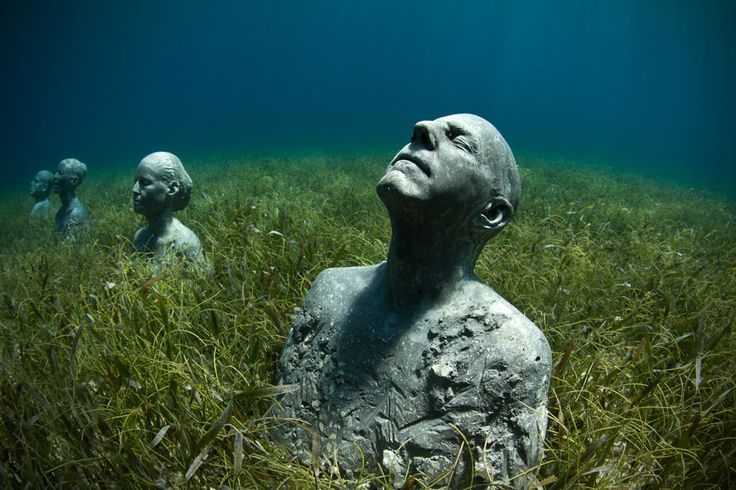 This pulls on something deep within – the mystery of Atlantis, Pompeii, fairytales..even gothic Victoriana.  They’re a dark presence, yet awe-inspiring at the same time.

Under the water is a world Jason knows, and through his art he aims to highlight the living beauty of the under world to encourage environmental awareness and instigate social change.

For anyone who’s heart sank at the news this week that 90% of sea birds have plastic in their stomachs, he’s a crusader you want to stand up and applaud. 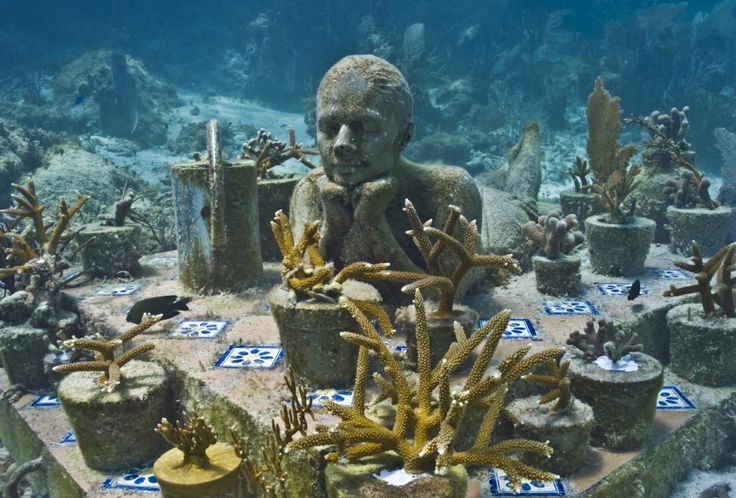 His work isn’t limited to the turquoise depths of Cancun and the Bahamas..this mystical beauty can be found in Canterbury…

And now, from Sept 1 – 30, on the Thames foreshore at Vauxhall, London, adjacent to Camelford House and 87-90 Albert Embankment, is a new example of his work: The Rising Tide, commissioned by Totally Thames. 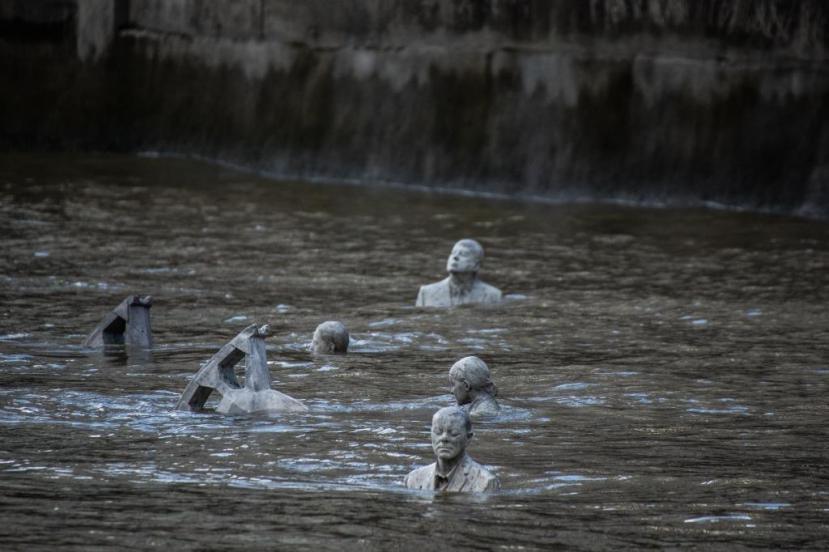 It highlights the role the river has played in the shaping of London’s history.  And how easy it’s been for us to abuse it. 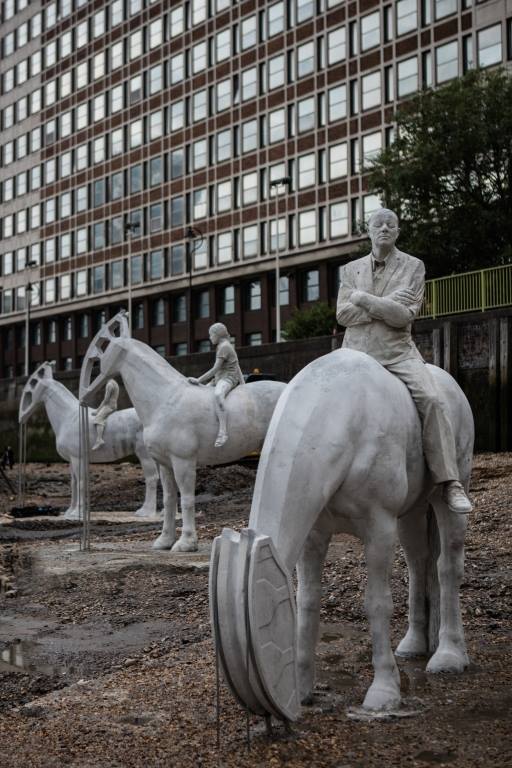 (All pictures from here and Jason deCaires Taylor’s Facebook page)

These could be horses, but they’re oil pumps..animals of industry, draining the land.

A theme as strong and compelling as any story ever told.